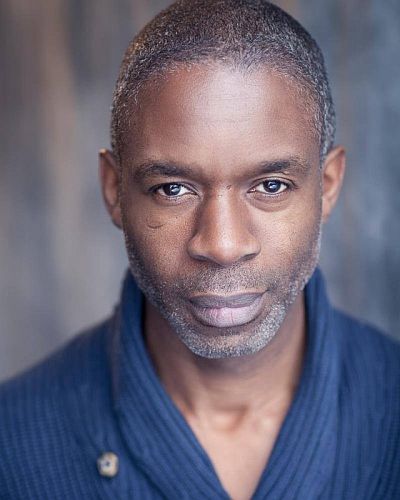 The BUFF honorary award is given to an individual in recognition of an outstanding and exceptional contribution to film, television or theatre.

Last year, the late American actor and comedian Richard Pryor was posthumously honoured for his work in film and television with daughter Rain Pryor receiving the accolade on his behalf.

Wil Johnson said: “Wow… It is an honour to be a recipient of such a prestigious award. It means a lot to me and to all those who have chosen our glorious profession. I have been in this profession for 31 years and the fire is still burning bright, even more so as i get older. Thank you BUFF and i look forward to the main event later on this year. God Bless”.

Emmanuel Anyiam-Osigwe, CEO of BUFF, said: “I’m absolutely thrilled that Wil Johnson is to receive the 2016 honorary award. Wil is an actor of great standing whose talent and significant work on stage, on screen and in cinema has made him one of the pre-eminent figures in my lifetime. His 3 decade career is an inspirational story for young actors starting out in the industry today.

By recognising Wil with the highest accolade at the British Urban Film Festival Awards on Sunday 18 September, BUFF will be honouring one of the UK’s most respected actors.”

Johnson’s first professional acting role came in the play Four Seasons at the 1985 Edinburgh Festival Fringe. For the rest of the 1980s he made minor appearances in television series such as Casualty and London’s Burning. From 1994 to 1995 he played the supporting role of Detective Constable Michael Skelton in Cracker. In 2000, he appeared in the BBC One television pilot Waking the Dead, as Detective Sergeant Spencer Jordan, a member of a specialised police unit tasked with investigating “cold cases”. Waking the Dead returned for a complete series in 2001, and Johnson remained a main cast member until the series ended in 2011.

He has also co-produced a film “Disorientated Generation” in which he plays a Nigerian man living in London. The film was partially funded by Enfield Council, with a small grant from the UK Film Council (now defunct). His numerous list of film credits include Babymother (1998), Emotional Backgammon (2003), Adulthood (2008) Colourblind (2009) In a Better World (2010) Pimp (2010) Anuvahood (2011) and Amina (2012).

The 2016 British Urban Film Festival Awards take place in London on Sunday 18 September. The ceremony will be broadcast later in the Autumn, exclusively on Sky Showcase in the UK.