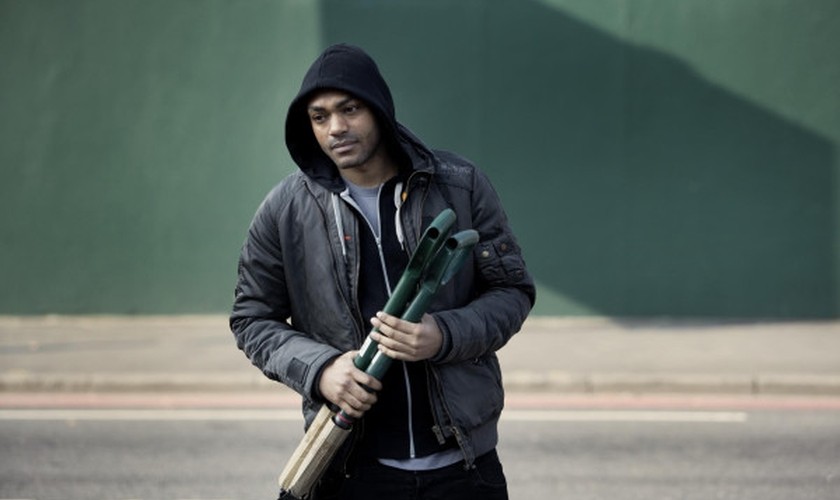 Written by screenwriter and novelist Ronan Bennett (Public Enemies, The Hamburg Cell) and produced by Cowboy Films (The Last King of Scotland, Poppy Shakespeare) for Channel 4, Top Boy is a 4 X 60′ original drama about young lives lived on the edge. The drama looks beyond the headlines about youth crime and delves into the personal stories of those involved.

Filming has begun in and around London this month with director by Yann Demange (Criminal Justice, Dead Set) at the helm. The drama will showcase a fresh and dynamic line up of first time actors, brought together through extensive talent searches across London; combining open auditions and youth workshops, with on-the-spot, street approaches everywhere from bus shelters to Burger Kings.

Meet drug dealer and gang leader Dushane (Ashley Walters). He is charming, sexy, clever, and at 26 years old has “already run out of things to be – except this”. When he gets the attention of ex-convict and drug dealer Bobby Raikes (Geoff Bell) he seizes an opportunity to be more, to have more. With his friend Sully (Kane Robinson) at his side, Dushane is on track to becoming Top Boy.

Dushane and Sully’s violent quest to take over the supply of drugs in the Summerhouse Estate impacts on the lives of a number of the residents. The emotional heart of the story lies with Ra’Nell (Malcolm Kamulete), a bright 13-year-old struggling to create a stable home environment for his mentally ill mother Lisa (Sharon Duncan Brewster). Ra’Nell’s best friend Gem (Giacomo Mancini) will do anything to be accepted into Dushane’s gang whilst Summerhouse resident Heather (Kierston Wareing), pregnant and penniless, is determined to give her baby the chances she never had – “even if it means doing one wrong thing to get to the right place”.

Top Boy is based on months of first hand research by writer and Hackney resident Ronan Bennett and story consultant Gerry Jackson. Jackson, a fitness coach, was born and raised in Hackney and has, over the years, worked with the kids there to motivate and encourage them to keep clear of the drug and gang culture. He was able to set up meetings and interviews with local kids who gave candid accounts of life on the estates. This extensive research forms the basis of Bennett’s scripts.

Writer Ronan Bennett says: “I knew that I wanted to write about this world from the bottom up, from the point of view, not of the police, but of the tinies and youngers I saw every day hanging around the supermarket forecourt. So I asked Gerry if he would introduce me to kids on the street.

Although I was interested in hearing about the mechanics of drug dealing, I wanted to know about the lives these kids lived. What were their homes like? Did they go to school? What did they think about their parents and teachers? What music did they like? Clothes? What did they want from life?

Some of their stories were brutal and frightening. Others were sad and some were unintentionally funny – “I didn’t get focused on making money until I was 13,” one younger said wistfully, “all them wasted years.”

I came to realise that the lives I was glimpsing on the supermarket forecourt were a lot more complex, deep and rich than I’d imagined. I wanted Top Boy to look at the fabric of life in a world we hear a lot about, but about which we know a lot less than we think.”

Head of drama Camilla Campbell says: “Ronan’s script is not only honest and contemporary, due to the vast research with the kids and their extraordinary stories – it is also gripping, funny and entertaining. It will be a striking piece of drama that is perfect for Channel 4.”

Top Boy will be made by Cowboy Films and Easter Partisan for Channel 4. The four- part drama serial, due for transmission October 31st will be produced by Charles Steel, Alasdair Flind and Ronan Bennett.

Top Boy will be available on DVD after transmission courtesy of Warner Home Video.