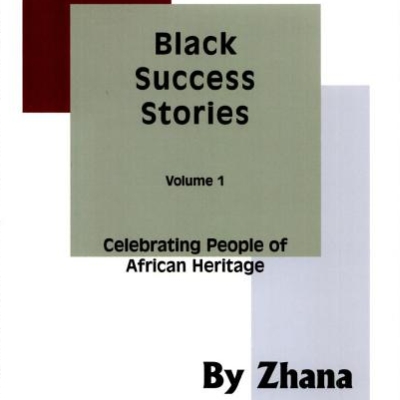 This book celebrates positive Black role models – Everyone has a unique story to tell.

What steps have successful African Caribbean people taken in order to achieve their goals?

What problems and difficulties did they face, and how did they overcome them?

What mistakes did they make along the way?

What kind of future are we building for our young people?

Many of the men featured in the book Black Success Stories state clearly that they would have ended up in prison, or dead, if it had not been for the fact that they acknowledged their own positive history and culture, and had the support and encouragement of their own community.

African Caribbean young people need to see themselves reflected in positive ways, whenever and wherever possible, in order to counteract hundreds of years of negative conditioning.

In a society in which people of African heritage and descent are daily bombarded with negative images and stereotypes, Black Success Stories by Zhana celebrates the successes and achievements of Black people in UK society who are at the top of their fields in – politics – education – business and enterprise – the media and – health.

Some of those interviewed in this book include;

With a foreword by Lord Herman Ouseley of Focus Consultancy. Lord Ouseley was the first African Caribbean head of the Commission for Racial Equality and has championed equalities issues for many years.

Few would argue that positive role models provide the complete solution, but they are crucially important. So important, in fact, that the apartheid government in South African banned any television programmes that portrayed Black people in roles of authority or responsibility.

Contained within these pages are guidelines and signposts to achievement which should be read by every African Caribbean young person, parent and educator.