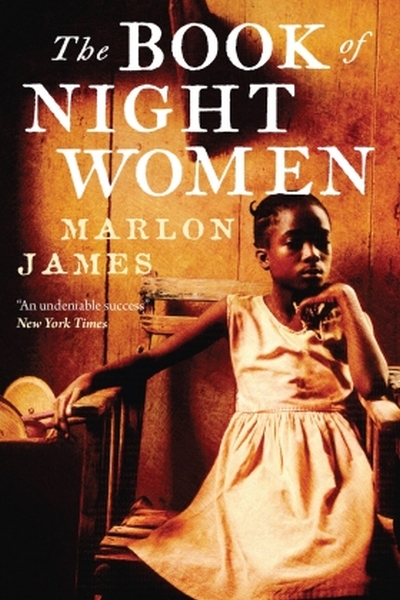 Marlon James was born in Kingston, Jamaica, in 1970. He graduated from the University of the West Indies in 1991 with a degree in literature. His first novel, John Crow’s Devil, was shortlisted for the Commonwealth Writers’ Prize and was a finalist for the Los Angeles Times Book Prize.

From a young writer who radiates charisma and talent comes a sweeping, stylish historical novel of Jamaican slavery written “in the spirit of Toni Morrison and Alice Walker but in a style all his own “. Published in hardback by Oneworld £12.99

Described by the New York Times as ‘both beautifully written and devastating’, The Book of Night Women – a true tour de force of both voice and storytelling.

While it is a startling hard-edged dissection of slavery it is the voice of the extraordinary central character Lilith, a spirited slave girl and one of the boldest literary voices to grace the page that is the outstanding feature of the novel. James’ use of language and slave dialect are utterly compelling and show a writer totally in command of his craft.

Overflowing with high drama and heartbreak, at its centre is the conspiracy of the Night Women, a clandestine council of fierce slave women plotting an island-wide revolt. The Night Women of the title are not only plotting an uprising with neighbouring plantations, they also rebel by teaching themselves to read. This is an important and inspiring strand of the plot – intellectual freedom and the realisation of a world completely different from her own both empowers and frustrates the young protagonist. It is also very interesting to see this run alongside the darker native beliefs of a more spiritual nature practised by the women.

Praise for The Book of Night Women by Marlon James “Writing in the spirit of Toni Morrison and Alice Walker but in a style all his own, James has conducted an experiment in how to write the unspeakable – even the unthinkable. And the results of that experiment are and undeniable success”
New York Times

“This is a book to love … hard to pick up, even harder to put down”
Chicago Tribune

“An epic novel of late-18th-century West Indian slavery, complete with all its carnage and brutishness, but one that, like a Toni Morrison novel, whispers rather than shouts its horrors”
Time Out

“A book as heavily peopled and dark as the night in this brutal place. It is a canticle of love and hate … The lasting inheritances of slavery cannot be forgotten, and through novels such as this one, history is felt”
L.A. Times