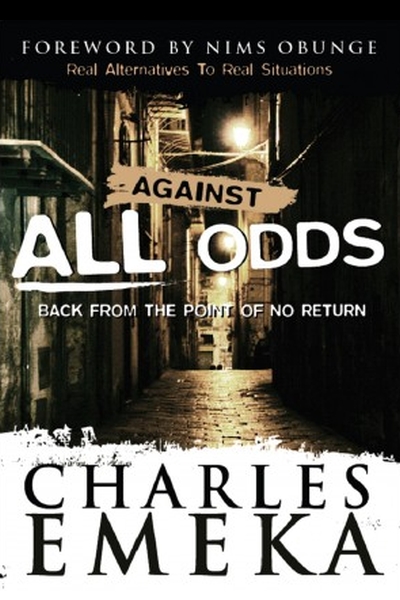 By the time I was 18, all my friends were drug users and I became a bit of an expert on various drugs, if I do say so myself. My drugs partner in crime became alcohol; they were as close as the rapper 50 Cent and his bullet proof vest. And for me the combination was lethal and the effect menacing. Rage, my goodness, rage! I had such outbursts of anger that I have no idea where they came from or how I eventually calmed down.

This was common for all my friends too.

The gang was now involved in drug dealing, just saying no was not an option for us. Did we know that drugs could kill people? YES. Did we care? NO. It was every man for himself. If you decided you wanted to take drugs, it was not my job to judge. Knock yourself out.

Drugs and violence started to become a given and we needed to do some other things to keep us going. Then the new craze was born, less work, more money – fraud and deception. It became massive in the 90’s. It was all the rage, taking people’s money without their consent. Ingenious! Once we mastered our formula and put a system in place, it worked daily like clock work and life, to be quite frank, was brilliant.

Out of that, my relationship with the police was born. I was always get­ting arrested. In fact, I got arrested so much I knew that by law, if the police asked to search me, I could in turn ask to search them first. People being planted with drugs was common. Honestly it’s the absolute truth. I would say try it if you don’t believe me but it’s probably not a good idea. It never went down too well but it did give me a couple of laughs search­ing them when I informed them of my rights while they read me mine. Every time they arrested me, they never seemed to have enough evidence to prosecute me.

Most of my offences led to cautions, fines and community service. Com­munity service, what was that about? An opportunity to spend days at a time with other criminals, great idea law makers, it is definitely the best way to get me to turn my life around, duh!

So I began to think I was invincible and untouchable. I was the one they could not catch. For long periods of time, they just couldn’t get me. Ei­ther I was really brilliant or the authorities were rubbish or didn’t care. Drug dealing remained our bread and butter, it didn’t matter what else we got into, we always knew we could count on people’s addiction to drugs to line our pockets. We were always on hand to help people feed their destructive habits.

Being involved in this kind of lifestyle meant, at some stage, you would have to get to the point of no return. Face the barrel of a gun or the blade of a knife. It comes with the territory. People were always trying to see how far they could go with you, or trying to get a piece of the action. So drug dealing always had to be backed up with violence so that one could maintain respect and territory.

In the year 2000, I was involved in a stabbing incident in a club (Leisure Lounge) in the west end of London. I say involved, but I may have even caused it. Who knows? All I do know is events following it led to the be­ginning of the end. A massive fight had broken out between my crew and another crew. I can’t even remember their name but it was mortal combat on a different level. Looking back it reminds me of fighting games on Nintendo you know, like it didn’t exist, make believe. Things happened so fast and it was over before you could blink. The club was covered in broken glass, I mean it was everywhere. People in the club all ran for the exit at the same time which caused a stampede and chaos. People got crushed and injured in the process.

My cousin was repeatedly stabbed in his chest and in his back. It was the first time a blood relative had been hit in front of my own eyes. He was lying on the floor saturated in blood, shaking. I made sure someone called an ambulance and I tried to reassure him that he was going to be fine, just a war wound. I took off my jacket to cover the wounds that wouldn’t stop pouring blood. My cousin told me he couldn’t feel his legs and he was really cold. He thought he was dying. He was convinced it was his time to check out and asked me to promise him his pregnant girlfriend and unborn child would be looked after. It was the first time I considered my own mortality. I was in this same altercation but did not have a single scratch on me. Against all odds, my life had been spared for another day.

That same year I started to receive death threats. People don’t like to see you become “successful”, if you want to call it that. They all want a piece of the action and many are willing to do almost anything to get it. It was no biggy, things like this are expected when you choose to live above the law. Call it an occupational hazard. If you choose to live by violence, there is a high chance that violence will also cut your life short. I’m sure you have heard the saying, ‘Live by the sword, die by the sword

My first real brush with the sword came shortly after. The gang and I were travelling en mass to a private house party. We went because we wanted to have a good time, but of course, we were always prepared for it to kick off at any moment. As I said before, just a bit of an occupational hazard. An hour into the party, we were embroiled in a severe altercation with a rival gang. All hell had broken loose. Various weapons were on display and there seemed to be broken bottles everywhere as usual.

The drama spilled onto the streets. A few people were injured, but my crew were untouched, because that’s how we rolled, mercenaries. The police arrived and things ended abruptly and the rival gang fled for safety. The cowards. We went back inside and celebrated our victory, we never ran, always faced the beef, that meant something to me. Our celebration was short lived, the rival gang returned with back up and new recruits. They made their way back into the house without anyone really taking note of them. I was standing with my back to the stairs and before I knew what was going on, a gun was placed firmly on my stomach.

I spun around to face my accomplice and realised what was going on. Immediately, probably for the first time in a long time, I was petrified. All of a sudden it was silent. I don’t know if it was just in my head or if the whole house was in fact in silence. People appeared to be staring, and it seemed as though people were holding their breath collectively. From the corner of my eye, I could see my brother, gripped with fear, tears rolling down his face. I knew that was it, the point of no return.

Without thinking about it, I shouted at the gunman to pull the trigger. I was angry, scared, lost, and vulnerable. I felt exactly how I felt when I was bullied. But I knew never again, never again would I be showing fear ever again, I’ll never be bullied ever again. “PULL THE TRIGGER, PULL IT, PULL IT!” I shouted. Everyone waited for the gun to go off. Everyone was waiting for my body to freeze on the impact of the bullet and then slowly slump to the ground signifying the end of my life. I maintained eye contact with my accomplice. I was not happy with my life. I had con­templated suicide on a few occasions, so to have someone take my life was ideal at the time.

Get Your copy today From The Empowerment Store @ Charles Emeka