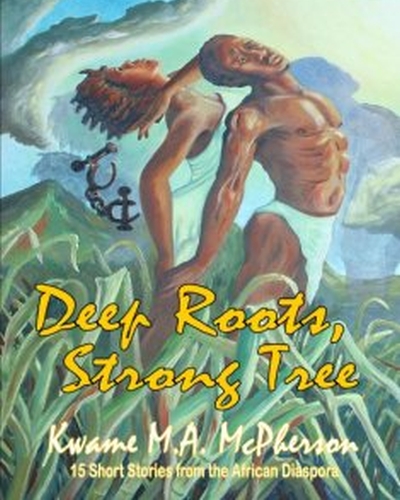 Kwame M.A. McPherson, is a author, poet, motivational speaker, entrepreneur and mentor, who William Frederick Cooper (author, 6 Days in January, There’s Always A Reason) describes “With an eclectic array of stimulating stories, a talented new scribe introduces himself to the world of literature in fine form. You will enjoy his work.”

Marie Quetant (Further Education College, England) further asserts, “Kwame is an amazing writer, bringing his and other peoples’ experiences to the forefront in the way he recites his stories. He does this by providing affective images in simple yet powerful ways. Without a doubt, he is a writer for ALL generations and definitely is an inspiration for our young people.”

Writing began as a hobby from a young age and Kwame only started to recognise his love of writing when he first witnessed and appreciated how others enjoyed his way with words. Years later entering a Heinneman Book Publishers Short Story Competition (1991), he secured a Runners-up spot, for a short story synopsis called, ‘Ah Nuh Soh Parson Get Him Gown’. Still unconvinced, he entered yet another poetry competition, again securing another Runners-up spot (ACER, 1994), for the poem, Black Angel.

Growing from his life experiences in those intervening years, it was only in 2007, upon securing yet another Runners-up position (PoeticSoul www.poeticsoul.ca, 2007), for Her African Beauty, did he begin to focus and take his writing seriously. At which stage he won first and third place for short story contributions, The Disillusioned Teen and Elmer Fudd Goes Hunting, respectively (PoeticSoul, 2007).

A blessing he couldn’t turn away from, writing kept calling him to be all he was ordained to be. Kwame complete his earliest poetry works in, Our Eternal Legacy (2007), a compilation printed in November 2007.

His second book but first short story collection, Deep Roots, Strong Tree (2007), was launched in April 2008. A sure hit, it’s a mixture of short stores based on life lessons and experiences spanning the Caribbean, North America, Africa and Europe.

As a traveller throughout the Diaspora and to the Motherland, he wishes to share his experiences with readers, to uplift, empower and enlighten them.