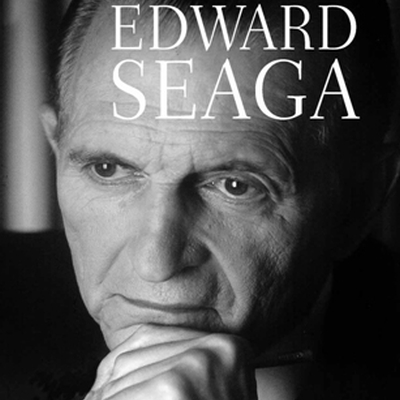 Edward Seaga is one of the outstanding Jamaican politicians of his generation, whose autobiography offers a unique insight into the emergence of modern Jamaica, a journey characterized by idealism, conflict and triumph.

Edward Seaga – My Life and Leadership Volume I: 1930-1980 Hopeful Dreams and Futile Schemes

Born in 1930 in Boston Massachussetts, Edward Phillip George Seaga grew up in Jamaica. He graduated from Harvard University in 1952. He served in the Jamaica Labour Party’s (JLP) Bustamente and Shearer governments in the 1960s and 1970s, in the latter as a gifted Minister of Finance. As leader of the JLP from 1974 he served as Prime Minister from 1980-1989 and as Leader of the Opposition from 1974-80 and 1989 until his retirement in January 2005. Since then he has pursued research as Distinguished Fellow at the University of the West Indies.

“…since I have had the honour to preside over the Government. I am only too well aware that once Mr Seaga takes his seat, irrespective of the numbers beside and behind him, Her Majesty’s loyal Opposition is alive and well.” The Most Honourable P.J. Patterson

Edward Seaga is one of the outstanding Jamaican politicians of his generation, whose autobiography offers a unique insight into the emergence of modern Jamaica, a journey characterized by bruised idealism and violent conflict.

The trusted protégé of legendary Jamaica Labour Party leader Alexander Bustamente, Eddie Seaga was drawn to the very roots of Jamaican society as a research student and, as he rose through the ranks from political representative for West Kingston, to leadership of the JLP, to triumphant election victory, he remained wedded to the improvement of the lives of all Jamaicans.

In describing his own political journey Seaga gives a fascinating and enlightening commentary on Jamaica’s history and unprecedented detail on the aspirations and achievements of the first post-independence government. His story gathers momentum as the country is ravaged by the ideological differences between the JLP and the opposing People’s National Party, led by Michael Manley, culminating in the violence and terror of the 1976 State of Emergency. Volume 1 concludes dramatically with the JLP’s return to power – and Edward Seaga elected as Prime Minister of Jamaica.