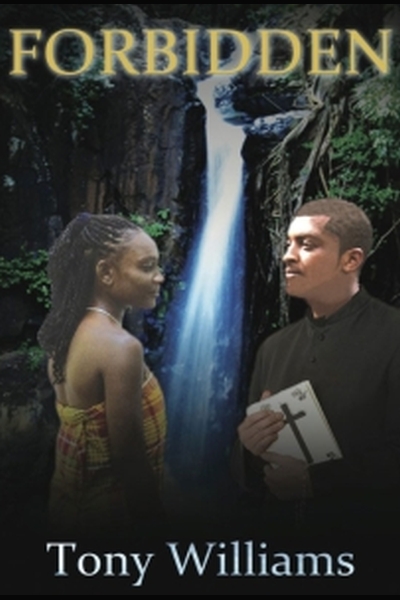 Tony Williams, a St Lucian journalist and author, and the creator of one of the Caribbean’s most popular literary blogs, Caribbean Book Blog has launched his first novel, Forbidden. It tackles the volatile issues of race and religion head on, and is set on a Caribbean island where the residents believe people with fair skin are more attractive and superior to those with darker complexions. They also believe God is white and regard all things divine as having a European origin.

The story unfolds on the fictional French-Creole island of Saint Helen in the aftermath of the slave revolt in Haiti. As word of the uprising sweeps across the West Indies, France is caught off guard by another violent rebellion in its colony Saint Helen. The upheaval pits the slaves against the planters and plunges the colony into a racial war that keeps blacks and whites divided long after Emancipation.

Born into this deeply polarized society where your status is determined by the colour of your skin, is Christian Joseph, a mulatto and a devoted acolyte of the Catholic Church. People look up to him because of his complexion and his high standing with the priests. His world is turned upside down when he discovers that he was born out of wedlock. To his dismay, he further discovers that his father, heir to the island’s most renowned sugar plantation, has died and left his entire estate to Christian’s mother – a poor black girl. This causes disbelief and outrage among many in the community, including the priests. It forces Christian to return to the village of his birth to try and uncover the secrets of his past.

“Forbidden speaks to the issue of colourism, a problem that bedevils many societies and cultures; the preference for lighter skin tones, and regarding fair-skinned people as more desirable. It also examines how religion has contributed to this world view and looks at the Church’s role in helping to shape the residents’ self image and their sense of self worth,” said Williams. He added, “The popularity of bleaching creams and their proliferation among Asians, Hispanics, Japanese, Indians, as well as people of African descent is one of the most glaring examples of that. Growing up, black children almost invariably learn that in the eyes of many, blackness is associated with unworthiness and they see evidence of this all around them – in books and magazines, on TV and in movies, and as they watch family members and friends whiten their skin and straighten their hair. Unfortunately, religion and the Bible itself have helped to reinforce this.”