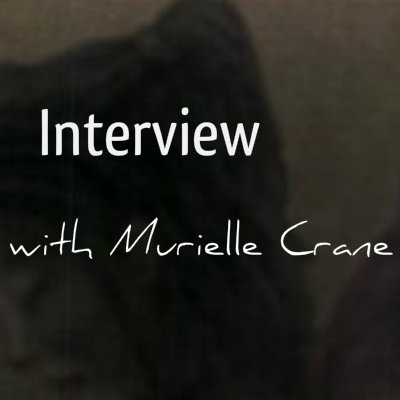 Author Murielle Crane was born in Guadeloupe in the French West Indies. She earned a degree in psychology from
Thames Valley University in England, and currently lives in Montreal, Canada. Unveil: An Appeal to Consciousness, is about how inequities in society today and the devastating effect of our collective actions against the lives of people of colour all over the world.

Your new book Unveil: An Appeal to Consciousness (dec 2005) just recently published, tell us a little bit about it.
Unveil: An Appeal to Consciousness, which is about how ‘some’ have created an unjust, insecure world, how we contribute in ways to the degeneration of society, is the product of my personal experience and observations, and the experience of others that I have linked to research and study. These pages offer the fruits of my thinking arising from my encounters with others-both positive and negative. The negatives I attempt to turn into positives to better understand myself and others, and to help others to better understand the world. We too often simply blame the individual for misbehaviors, shortcomings, or failings, and discount or even overlook underlying causes, such as the negative forces of the social environment. My work at a school in France has deepened my appreciation of this fact and the sad consequences. I have seen how some people contribute to the very growth of a society that they themselves despise and criticize. They do so by stirring the negative in others. My purpose is not to shame or to foster hatred. My purpose is to appeal to the consciousness of every individual, that is, to help raise one’s awareness of his or her existence, sensations, thoughts and environment. In appealing to consciousness I hope to encourage each of us to call ourselves into question.

My Attempt to Explain: An Appeal to Consciousness was the original title of the book. In My Attempt to Explain many of my inferences were drawn from experiences and observations; I thought you might disagree with me as our life experiences differ, so may our outlook on the world differ. However, when I sent a sample of the manuscript to my brother Sababu, he told me I needed to work more on what he viewed as a ‘pamphlet’ so that it could become a book. The more I read and strengthened my ‘pamphlet,’ I noticed that these inferences were supported by other authors’ writings. I then realized that the book was no longer about attempting to explain. Rather, it was about removing the veils on the mind to help us see ourselves and the world as they are. I have chosen to use the word veil because it conveys the idea that one can see through, although not clearly, what is going on. Clearer vision will, indeed, enable us to awaken our consciousness. Accordingly, a battle will start taking place not between men, but within each man: a psychological battle for the good of oneself and that of the world.

In Unveil, I also revisit the past to explain the present. I discuss two chapters of history that are rarely talked about: The Australian Aborigine Experience and the Willy Lynch’s strategies (the breaking of the man, the making of the slave). As I want to make ‘Black’ people aware of the good, the great, the God within them I talk a little bit about the Great African history hidden behind the curtains of slavery and colonisation and that is not taught in school in many countries. The book has three dimensions: historical, experiential and motivational.

What or who was the inspiration behind it? A few years ago, I started to think if I have to die, I must leave my positive contribution in this world. This maybe due to the fact that I am increasingly aware that we are all there for a reason; we all have our calling in life. When I went back to Guadeloupe from England I started taking notes of things I saw family members doing with their children and that would later negatively affect the children. However, the direction I wanted to give the book became clearer when I moved in France. Writing became a means of releasing my frustration. Writing became the means of saying what I wanted say, what I wanted the world to know. Hoping that what I was saying in writing would answer some of the questions heard from people. Hoping that it would help people become aware of the impacts of their actions and attitudes of others. Hoping that people would realise that the world was just a reflection of ourselves. As a result, people might be able to call themselves into question, and take actions to better themselves and their life. I wanted all ‘Black’ people to realise that we all have potential to do great. So, in France, writing a book became one of my new years’ resolutions. A resolution that I had written on the wall.

Having lived in the UK and Canada do you feel there are any differences of attitude between the Black communities? I will not be able to talk about all ‘Black’ communities in Canada because I live in Montreal. And I will not be able to make a definite statement about Montreal because I do not know enough about the ‘Black’ community in Montreal. I might be wrong but it seems to me that ‘black’ people in London are more outspoken about racial issues. They are less hesitant to challenge the status quo. They seem to relate more easily new ‘black’ immigrants.

When were you last in London, and is there anything that you miss about living here?
August 2002 for the carnival. I miss the Carnival Do you think that it is getting easier to for Black authors to get published? From experience I will say that it depends on the issues raised in your book. In Montreal I was told that I have to find someone willing to accept my project. That is why I started looking for “Black” publishers in the United States

Any advice for aspiring writers?
One of my friend who lives in France, Nana Cissé, wrote this to me: ‘You did it! You told me you wanted to go and live in Canada, and you did it. You told me you wanted to write and publish a book about Black history, and you did it. Nike should use you as a picture for its brand: ‘Just do It’.’ However, it is not as smooth as it may sound there are obstacles along the way. But, do not let this stop you. If you have something to say and you feel that writing is the best medium to do so ‘just do it’. Obstacles on one’s path make the result more worthwhile and meaningful.