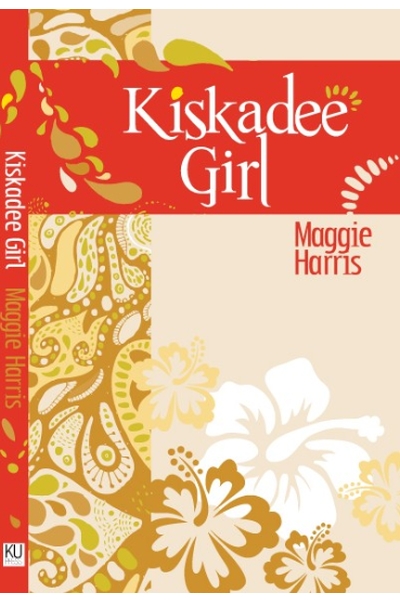 “We throw it down the backsteps and watch it bounce, clatter and splinter, heading for the yard. Daddy’s spirit was in the shell, they said, he didn’t know yet he was dead.”

In the small Caribbean town in Guyana on the South American coast, a fifteen year old schoolgirl is forced to face her father’s sudden death, pre-empted by a strange foreboding. This memoir of growing up in the 50s and 60s reflects a society that was trying to find its path after centuries of slavery and colonialism. Life for teenagers was at a crossroads between tradition and discipline, political awareness and a new-found voice influenced by literature, the music of Donovan and the new reggae sound, and the movies of Britain and America. In a world within worlds, love and dreams exist side by side as a young girl on the cusp of maturity discovers her sensuality in the midst of her country’s own movement towards independence.

Kiskadee Girl vividly re-imagines Guyana, named from the Amerindian Land of Many Waters. The Berbice River runs like an artery through the book’s emotional and geographical landscape, carrying tug-boats and ghosts, bauxite, bones, and long-forgotten stories.

Chronicles different ancestral strands from Portugal, Scotland, Africa and the Caribbean and reflects themes of emerging independence and migration Explores Caribbean culture, European and American influences through family history and a teenager’s journey through love, loss and a love for literature

About the Author
Maggie Harris lectures on international writing in schools and at Southampton University. In 2008 she was a winner in the prestigious KUP life-writing prize and her previous publications include Limbolands (Mango Publishing), which won the Guyana Prize for Literature 2000. She edited Sixty Poems for Haiti (Cane Arrow Press) and her poems and short stories have appeared in journals such as Poetry Wales, Wasafiri and Agenda, and in anthologies published by Virago and LittleBrown.