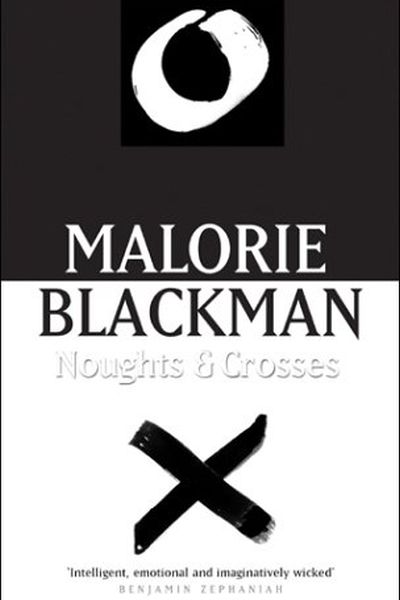 Malorie Blackman’s books include the brilliant ‘Noughts and Crosses’, ‘Cloud Busting’, ‘Hacker’ and ‘Thief!’. ‘Hacker’ and ‘Thief!’ won the ‘Young Telegraph/Fully Booked Award’. She is the first author to have won it twice! In addition to being the only black writer to have got into the top 100 of the nation’s favourite books in the BBC’s The Big Read.

Her parents arrived from Barbados in the Caribbean, and she was born and grew up in London, from where many of her experiences are reflected in her stories. Blackman is definitely a high-achiever, she attended Goldmith’s, worked for a software house and studied Computer Science, gaining an HNC (Distinction) from Thames Polytechnic. She then got a job for Reuters, which took her all around the world. By the age of 28, with a highly successful career in computing, she turned her hand to writing.

She is now a well established and leading children’s author. Whilst some may be shocked at her subject matter, most of her readers can relate completely.

Her brilliant trilogy ‘Noughts and Crosses’ set in a world where racial roles are reversed. A dramatic tale of love and social politics, with the white people as the underclass. Sephy, a privileged black ‘Cross’ girl, falls in love with a poor white ‘Nought’ boy, Callum. It is reminiscent of a satirical Romeo and Juliet, exploring the social consequences in this reversed reality.

Her writing is sometimes shocking, yet full of compassion, depth and social understanding, offering a positive message to all those that read her work. Her book sales have been steadily increasing, and she is leading the way for more black British writers.

“Like Romeo and Juliet and West Side Story, Noughts and Crosses is a thought-provoking and challenging work. In a world where black is white, Malorie Blackman forces us to think about race in a totally different and unusual way. The star-crossed love affair between a Nought and a Cross is a compelling modern tragedy. Noughts and Crosses is a moving, disturbing, sometimes distressing, novel. By turning the world upside down, Malorie Blackman makes her readers see things even more clearly.”
-Jackie Kay

“A gritty read… At times this is a beautiful love story; at other times it is a harrowing and moral tale… An incredible novel that is as heart-rending as it is provocative. I had to read it all in one sitting, and I challenge any reader not to do the same”

Malorie Blackman’s tour de force takes her and her readers into challenging new territory. Racial conflict, a forbidden love affair, prejudice, rebellion and injustice are woven into a compelling story, guaranteed to leave you breathless.

Set in an alternate reality, in a world where black and white are right and wrong, Noughts & Crosses is a provocative and sometimes violent novel in which two young people attempt to make a stand for their beliefs regardless of the horrifying cost to their hopes and desires.

“a tour de force, a remarkable feat of the imagination and the most interesting and important fiction of its kind that I have read for years” -Amanda Craig on Noughts & Crosses

“relentless in its pace . . . It is devastatingly powerful”

With Noughts & Crosses, Malorie Blackman left us reeling with her brave and brilliant account of a world in which black and white mean right and wrong. Based on the simple premise of a world inverted so that black supremacists oppress a white minority, it was also the story of a forbidden and doomed love between a Nought boy and a Cross girl.

Knife Edge begins with Sephy looking at her baby daughter. The baby’s father, Callum, hanged for terrorism, was a Nought. Callum’s brother, Jude, is an extremist even by the standards of the Liberation Militia, the terrorist group he belongs to. His every breath is fuelled by hatred of Crosses and he blames Sephy for his brother’s death. He is determined to make her, and every Cross, pay.

Prepare to be dragged out of your comfort zone in this razor-sharp sequel published simultaneously with the eagerly awaited conclusion to the trilogy: CHECKMATE.

Checkmate once again explores the lasting impact of prejudice, discrimination and the legacy of traumatic family history on the next generation in the author’s brilliantly imagined world. Readers will not be disappointed.

A perfect end to an important and thought-provoking trilogy. -The Bookseller

Can the future ever erase the past?

Rose has a Cross mother and a nought father in a society where the pale-skinned noughts are treated as inferiors and those with dual heritage face a life-long battle against deep-rooted prejudices. Sephy, her mother, has told Rose virtually nothing about her father, but as Rose grows into a young adult, she unexpectedly discovers the truth about her parentage and becomes determined to find out more, to honour both sides of her heritage.

But her father’s family has a complicated history – one tied up with the fight for equality for the nought population. And as Rose takes her first steps away from Sephy and into this world, she finds herself drawn inexorably into more and more danger.