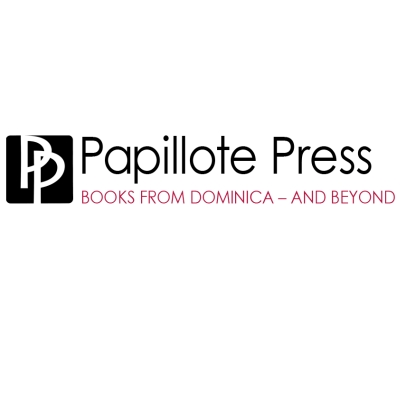 Heading into second decade of the 21st century, writers in the Caribbean – longsuffering souls that they are – will continue to face the stark reality that publishing opportunities in the islands will remain limited for the foreseeable future. Few are the publishing outlets that are dedicated to discovering and nurturing home-grown talent. Incredible for a region which has spawned writers and poets whose works have contributed significantly to the richness of world literature.

LMH Publishing, Ian Randle Publishers and Chakra Publishing are among the indigenous trade and ethnic publishers in the region who deserve to be commended for investing in a field where every dollar earned demands hard work, grit and determination, and faith in their writers’ ability to win out in the end.

Barring a few exceptions, royalty book publishers in the CARICOM region are largely based in Jamaica and Trinidad. For most of the smaller islands of the Eastern Caribbean, home-based publishers are the stuff of dreams borne wistfully in the hearts of wishful authors.

It is a dream, however, that has come true for some writers in Dominica thanks to Papillote Press, a small indie publishing house set up by Polly Patullo, a British journalist and travel writer and Anne Jno Baptiste, the co-owner of Papillote Wilderness Retreat, Dominica’s well-known eco-lodge and botanical gardens. Based in Dominica and the UK, Papillote Press, to date, has published a range of fiction and non-fiction by writers from the Nature Isle. Notably, it was established in 1998 and has stayed the course for the past 11 years, braving the treacherous economic winds and uncertainties that have bedeviled the global book trade.

Last year Papillote Press released Home Again; Stories of Migration and Return, a collection of contemporary real-life stories by 22 Dominicans aged between 40 and 73 from various parts of the island who returned home after living, working or studying in the UK, USA, Canada and other parts of the Caribbean. Each of them recounts in their own words their experience of migration and growing up and living in their adopted homelands. From their accounts, readers also get a sense of what life has been like for the ex-emigrants following their return to Dominica after living and working abroad, in some cases for decades.

According to a research paper entitled Tracing the Diaspora’s Involvement in the Development of a Nation: The Case of Dominica prepared for a George Washington University Research Workshop by IMF economist and President of the Caribbean Association of World Bank IMF Staff, Dr. Thomson Fontaine, “Dominica is ranked among the top five countries in the world with the highest rate of net migration, having lost most of its population over the past thirty years.” The island, he adds, is considered to be “the only such country in the world in the recent past to experience negative population growth on account of voluntary migration.” Dr Fontaine who is a Dominican, is also an executive member of the Dominica Academy of Arts and Sciences.

Home Again was compiled by Celia Sorhaindo, a Dominican who retuned home from living abroad in 2005, and Polly Pattullo, in collaboration with the Dominica UK Association (DUKA). Its theme of migration and return is likely to appeal to modern-day Caribbean migrants who today number in the tens of thousands, including many who long to return home.

Also published by Papillote Press is Yet We Survive: The Kalinago People of Dominica: Our Lives in Words and Pictures, a new edition of a book first published in 2003, documenting the lives and customs of the Kalinago, better known as the Caribs of Dominica. It is edited by Mary Walters, a Scottish teacher, who worked with a group of young Kalinagos on a project to record their culture from pre-Columbian times to the present and provide a first-hand account of their daily lives.

It is fully illustrated and covers a range of social issues affecting the Kalinago, including race, land ownership, and education. The Kalinago youths were involved throughout the exercise and took an active part in conducting one-on-one interviews with their fellow Kalinago and the collection of research material. In a review of Yet We Survive, the Caribbean Review of Books noted, “In deceptively simple language they tell the story of a small, little-known, but culturally and historically complicated community, wishing to be understood on its own terms.”

Irvince Auguiste, a former Kalinago chief, was full of praise for the book. “Yet We Survive has been the most interesting literature on the Kalinago people of Dominica because it provided a number of our young people with the opportunity to collect the information and to work on it while they acquired new skills in photography and techniques in conducting interviews. Since the work was done, the infrastructure has improved and new projects are being explored for economic development, particularly in tourism. Congratulations to Mary Walters,” said Auguiste.
The crime-fiction novel Most Wanted: Street Stories from the Caribbean by Christborne Shillingford, and another Papillote release, is the author’s debut and it features a collection of fast-paced crime stories set in Dominica. The narrator is a self-appointed private investigator-cum-investigative journalist who has a knack for stumbling into trouble. In his review of the book, the Gurdian’s Nicholas Clee said, “In a prose unsoftened by literary models, Christborne Shillingford offers 33 Caribbean vignettes in 150 pages.” He added, “the rough-and-ready quality is what gives this collection its appeal.”

Two other noteworthy books by Papillote Press are ‘Black and White Sand’s, a colonial memoir by Elma Napier (1892-1973) and ‘It Falls into Place’, the acclaimed short stories of Phyllis Shand Allfrey (1908-1986). Originally from Scotland, Elma Napier first settled in Dominica in 1932 and became the first woman to sit in a Caribbean parliament. She first served in Dominica’s Legislative Assembly in 1947. A mother of two, she was the daughter of Sir William Gordon Cumming, a Scottish landowner, soldier and adventurer who, in 1890, was famously accused of cheating at a card game of baccarat with Edward, Prince of Wales and compelled to sign a confession and undertaking never to play cards again. Napier wrote two other novels, Duet in Discord and A Flying Fish Whispered, both published before the Second World War, and two memoirs, Youth is a Blunder and Winter is in July.

Phyllis Shand Allfrey was born in Dominica to a wealthy planter family and in her youth embarked on a vibrant political career and also became a prominent literary figure. In the 1950’s after returning to the West Indies from living for a time in the USA and Britain, she co-founded the Dominica Labour Party and became a cabinet minister in the short-lived West Indies Federation. She also ran the newspaper, The Dominica Star. She is reported to have lived until her death in a modest stone house “filled with books and memories, of both the triumphs and the disappointments that characterised her personal and political life.” Her acclaimed novel, The Orchid House, was first published in 1953, re-issued thirty years later by Virago and filmed as a four-part television serial for the BBC Channel 4 in 1991.

Papillote co-founder Polly Patullo, for her part, has written widely about the Caribbean region. Her books include Last Resorts: the Cost of Tourism in the Caribbean, a critical assessment of the economic, environmental and cultural impacts of tourism in the region. She is also the co-author of The Gardens of Dominica and for many years worked for the Guardian newspaper in London. She lives in Dominica for some months every year.