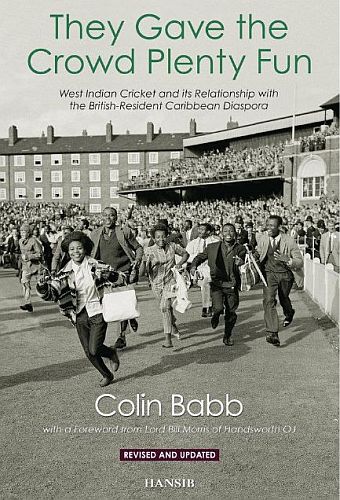 The revised and updated edition of They Gave the Crowd Plenty Fun explores the relationship between West Indies cricket and the Caribbean community in Britain. Colin also reflects on his life, with a dose of humour, as a second generation West Indian boy in 1970s/1980s Britain.

“A thoughtful and timely piece of work which should make a major contribution to the continuing debate about the impact of West Indian cricket, and appeal to cricket fans and non-cricket aficionados alike” Lord Bill Morris of Handsworth OJ.

This is a free event.

Please call: 020 7223 2334.
Signed copies of They Gave the Crowd Plenty Fun (Hansib publications) by Colin Babb will be on sale.