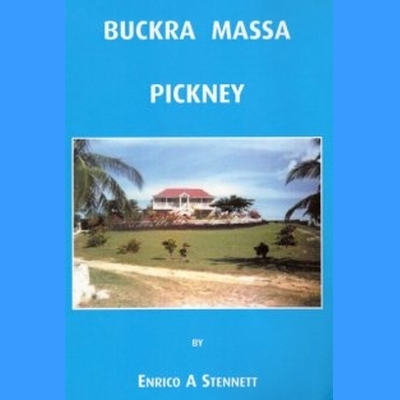 The reader will be taken through a journey full of opportunities to think and reflect, to explore their own family backgrounds and historical experiences, to laugh and to weep, as well as to be reminded of some of the key issues surrounding race, community and international relations from the dark days of slavery to the present.

Buckra Massa Pickney
Enrico Stennett was born in 1926 in a village in Jamaica named Maroon Town, well known for the rebellion by the Maroons against European domination of Jamaica. In this book Enrico tells his story of his rich diverse and unique experience during his early years in his native Jamaica, and his life in Britain over the last 55 years.

His frank and honest recollections of his personal life and experience, struggles, successes, frustrations, and disappointments, together with his love for human rights, liberty freedom and justice provides the reader with and opportunity to look back and to look forward and to reflect on themselves and how they see their world.

Enrico founded the first Black newspaper in Britain – a monthly called the African Voice, and another called the Somali Voice. He was also chairman of the Somali Movement in the East End of London. Throughout his career, Enrico specialised in the fields of Education, Law and the criminal justice system. He was a member of CARD – the Campaign against Racial Discrimination, (forerunner to the Commission for racial equality. After his retirement he founded th National Confederation of African and Caribbean organisations, based in the West Midlands.

Enrico still continued to work with organisations concerned with racial equality and justice, he was a memeber of the North Wales Race Equality Network.