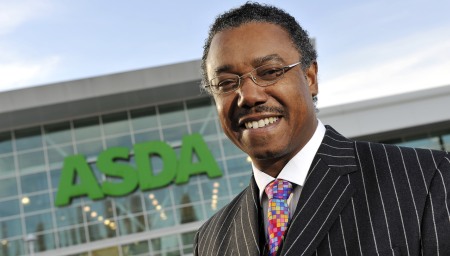 The Caribbean Food Company was established in 2001 by husband and wife team, Mark and Elina Davis. Inspired by the influential heritage of the Caribbean, the company offers British food lovers a range of new, modern and exclusive food products.

Sales of the UK’s first range of Caribbean Ready Meals are going from strength-to-strength at supermarket giant ASDA.

The products from the Caribbean Food Company were launched just months ago, after company owners Mark and Elina Davis appeared on the BBC Two show, Dragons’ Den. Since then, dishes such as Jerk Chicken & Special Rice and Caribbean Chicken with Rice & Peas have proved to be a big hit.

The company has now increased its output by 300 per cent in order to meet customer demand, as sales have continued to climb since the Caribbean Ready Meals first hit ASDA’s shelves four months ago.

Commenting on the success of the range, joint owner of the Caribbean Food Company, Mark Davis said: “It’s so rewarding to see that our products are flying off the shelves. It demonstrates that food lovers are looking for an alternative to curries and Chinese dishes, and the fresh taste of the Caribbean appears to be hitting the spot.”

Gillian Cox, ASDA’s Ethnic Buyer added: “The range is proving extremely popular with customers across the country. With winter creeping up on us, it’s clear that customers are still looking for a taste of summer.”

The Caribbean Food Company is currently developing a number of exciting new dishes, which are due to be launched in 2009.

For more information on the Caribbean Food Company and the range of ready meals available at selected ASDA stores.