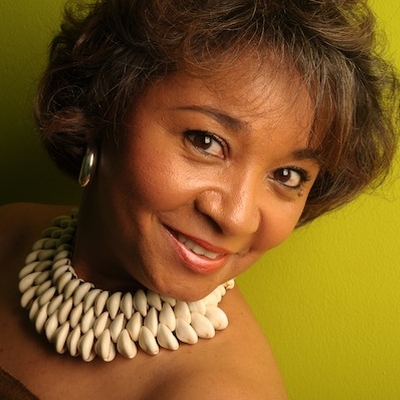 The UK Centre for Carnival Arts is delighted to announce that Clary Salandy has joined the organisation as Associate Artistic Director.

Clary brings with her a wealth of knowledge of the carnival arts sector, having founded Mahogany Carnival Design which has been established as a centre of excellence for Carnival. As an artist, Clary has designed carnival costumes for over 20 years, focussing on creating spectacular characters which convey meaning and explore movement.

Clary has been featured on many TV arts documentaries and her work has appeared at a number of internationally prestigious events, including the London 2012 Olympics Opening Ceremony, the opening ceremony for the Special Olympics in Leicester, the Dubai World Cup and the first Afro-Asian games in Hyderabad, India.
Clary also designed the costumes for the musical Carnival Messiah, which was staged at the West Yorkshire Playhouse.

“This is an exciting time for the Centre, with our major new national arts programmes currently in development, international artist exchanges already underway and exciting work engaging local artists through Luton International Carnival. Clary shares my passion for the future of the organisation and I look forward to working with her.”

Many professional artists and community groups in the Carnival sector will recognise her work as appearing regularly at Notting Hill Carnival and internationally.

Clary added: “To contribute to the strategic development of the various carnival forms in the UK through the fantastic work of the UK Centre for Carnival Arts is an amazing opportunity as I believe carnival is one of the greatest forms of creative expression.”

About Clary Salandy :
Born in Trinidad, Clary came to live in the UK when she was 16 years old, training in theatre design at Wimbledon School of Art. Clary spent three years volunteering at Notting Hill Carnival’s Mas Camp, honing her trade and learning to build extravagant costumes. With both of her parents heavily involved in carnival (her father built costumes and was born on carnival day), it seemed Clary was always destined for a career in the carnival sector. At just three years old she won a prize for her portrayal at Trinidad Carnival and has continued to be recognised for her excellence ever since!

Luton International Carnival, which takes place this year on Sunday, 25th May and will feature some of Clary’s work.