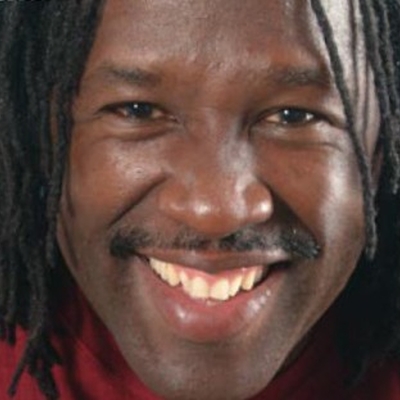 Trinidadian soca star, David Rudder, will make a special guest appearance at the British Association of Calypsonians, London Calypso Tent, on Thursday 23rd August. David will be performing a half-hour set of classics and crowd favourites during the Calypso Monarch final, bringing the sounds of the sunshine to West London.

The final forms an important part of the build up to Notting Hill Carnival, highlighting the best in British calypso and soca music which is an integral part of Carnival, providing the soundtrack to the fabulous masquerade costumes and dance along the processional route.

Ten calypsonians will be competing for the title of Calypso Monarch 2007, including Beverley Brown, who will be defending her title. Nicole-Rachelle Moore, of the British Association of Calypsonians said:

“There’s a marked increase in competitiveness this year, and the competition rounds leading up to the final have shown a real improvement in lyrics. The final this week looks set to be a fantastic evening of music and entertainment, made even better by David’s special appearance. I’m sure his performance will be memorable.”

David is one of the top calypsonians of his generation. He first came to prominence as a vocalist with Charlie’s Roots, one of the top bands in Trinidad and Tobago, before releasing his own albums, The Hammer, Calypso Music and Haiti. Haiti includes hits such as Engine Room, which captures the energy of the steelband, and Rally ‘Round the West Indies, which has become the anthem of West Indies cricket team.

The Calypso Monarch Final takes place on Thursday 23rd August, and the final night of the Calypso tent is on Friday 24th August. Tickets cost £10, doors open from 7pm and performances start at 8pm. For tickets and further information please call 020 7286 1656.

The pre-carnival live Calypso Tent takes place for six weeks during July and August. It occurs only at Notting Hill Carnival time and is spread over six Friday nights at the Yaa Asantewaa Arts Centre, Chippenham Mews London, W9 2AN.