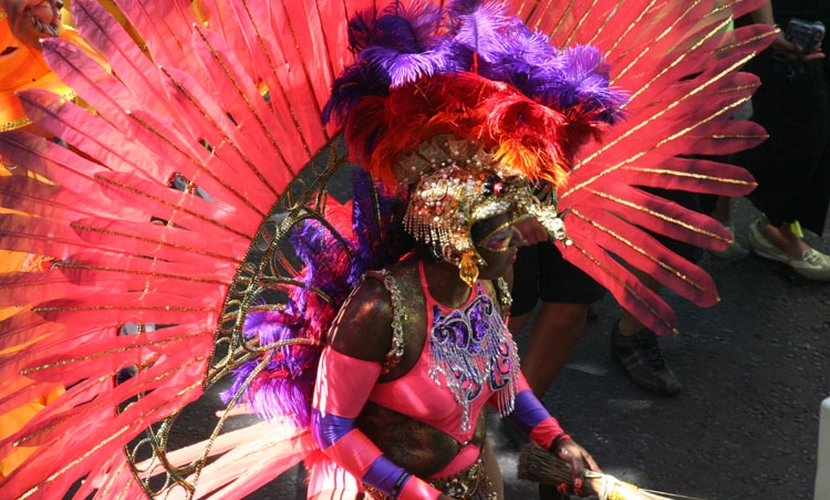 Notting Hill Carnival 2005 was a roaring success, the streets were packed despite the rumours behind the scenes, the Mayor’s Caribbean showcase, and fear of terrorist attacks.

The theme ‘Unity in Diversity’ was well chosen and people from all around the world came to enjoy the event. The weather was blazing, and the streets were full of Carnival revellers enjoying the exciting, liberating atmosphere of Notting Hill.

The procession of floats, steel pan and Mas bands in stunning flamboyant costumes jumped and danced its way through the streets. The atmosphere was alive and people of all ages and races were in attendance. As the procession went around the revellers were partying at the 40 sound systems throughout Notting Hill.

The Carnival revellers were on their best behaviour, apart from a small minority of petty criminals. Good reports have come from all round. Whether you were in a Mas band following a truck, or parked outside your favourite sound system all day, it was a great turn out.

Rapattack was on top form as usual, and All Saints road was buzzing all day both days! Gaz’s Rockin’ Blues, on Talbot road had it’s usual crowd ‘skanking’ there way through the afternoon. The Powis Square stage hosted great performances all day, and offered a different setting, as people parked themselves on the grass to watch.

After this year, maybe Notting Hill Carnival can reclaim its title of ‘Biggest Carnival in Europe’.