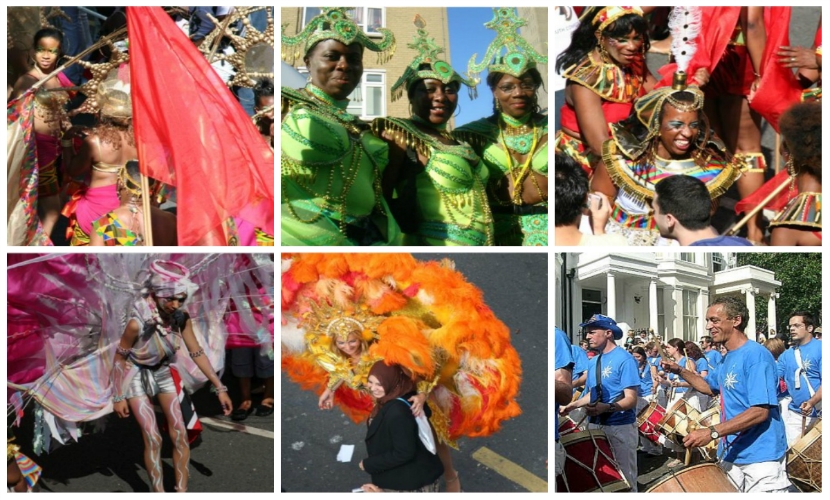 ASPIRING AND ACHIEVING IN UNITY the theme of Notting Hill Carnival 2006, perfectly summed up the event.

Up to a million people attended this year’s Notting Hill Carnival. The Streets of West London were transformed and heaving with revellers on both Sunday and Monday.

West London was pulsating with rhythms and the smell of Barbequed jerk chicken. Between 300,000 and 500,000 people attended Children’s Carnival Sunday, making the busiest in recent years. More than a million people are estimated to have attended the event throughout the weekend.

Visitors young and old were treated to the sights and sounds of the Caribbean as the pan bands and masqueraders paraded along the three and a half mile route. The sound systems gave it their all, filling the streets with Reggae, ragga, calypso, soca, hip hop rnb and top Carnival tunes.

It has been 30 years since the Notting Hill Carnival riots in 1976, and this year there were no major incidents and a handful of arrests. The weather held up and the crowds were enjoying themselves and for the most part on their best behaviour.