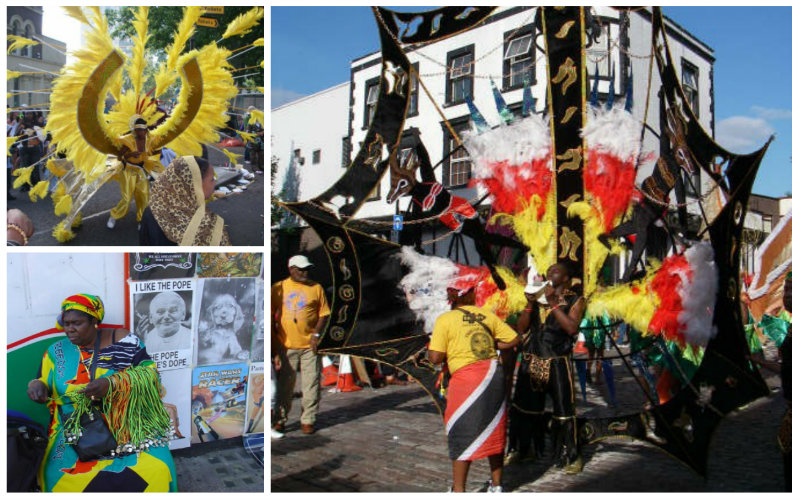 Notting Hill Carnival 2007 ‘Most Successful Ever’

The theme of Carnival 2007, ‘Set All Free’, celebrating the bi-centenary of the abolition of the slave trade, as well as remembering that slavery continues in many forms across the world, was embraced by carnival goers.

The Bank Holiday weekend was the culmination of the most successful ever Carnival season.

Around 1.5 million people came enjoyed the spectacular parades through the streets of Notting Hill as the sun shined during the bank holiday weekend. Thousands more people were introduced to the sounds of the Caribbean as Panorama shined in Hyde Park, whilst the Jamaican Military Band brought the Grand Carnival Costume Splash alive at Alexandra Palace.

“This was a fantastic Carnival, showcasing the multicultural splendour of the Capital.

“The sights and sounds of Carnival brought the streets alive, and through the partnership working between London Notting Hill Carnival Ltd (LNHC), the Mayor of London, and the British Association of Steel bands (BAS), Panorama was brought to Hyde Park.

“This was a wonderful start to the bank holiday weekend, and up to 10,000 people were introduced to the colourful music of the steel bands.”

“Carnival is much more than just a weekend. Many events form the Carnival season, from the crowning of the Calypso Monarch at the London Calypso tent, to the Nursery Carnival event.

“It was also amazing how many people have taken on our theme – freedom, equality, opportunity, liberty.

“The carnival has long been an expression of identity but also of belonging, culturally enriching to the rest of British society.”

Working with the Police, the Carnival Board was pleased to see that crime was reported as lower than in previous years, and joined the Police in condemning the violence that a small minority brought to the streets of Notting Hill.

“Over a million people safely enjoyed the sights and sounds of the spectacular events this weekend, watching the mas bands, dancing to soundsystems and admiring the costumes, that the thousands of participants from across the UK have created and practised for many months in the build-up to Carnival.”

An estimated 1.5 million people flocked to a sunny Notting Hill last weekend to enjoy the sights, sounds and smells that makes Carnival. Over 30 million sequins, 150,000 feather plumes and 100 litres of decorative body paint were used to adorn the participants.