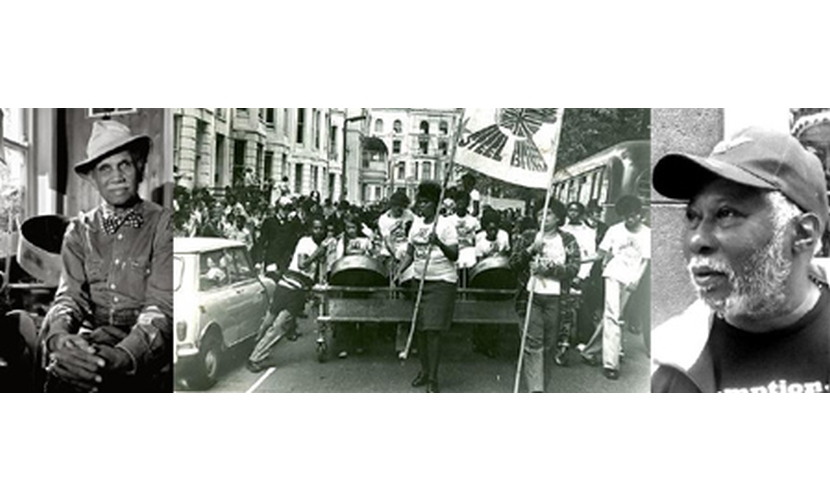 It was a sunny August afternoon in 1965, and an adventure playground in Ladbroke Grove was about to become the unlikely setting for the birth of a phenomenon. A group of expert steel pan players, along with some mime artists and clowns, had been invited to entertain local people inside the playground. The event was a small part of a week-long multi-cultural festival organised by community worker Ms Rhaune Laslett, called the Notting Hill Fayre.

Many cultural and ethnic groups were invited to participate, and the steel band were supposed to represent aspects of West Indian culture. While the musicians were well received, they remained in the playground for most of the day and apparently some fatigue began to set in amongst them. One of the musicians, Russell Henderson, suggested to the others that they leave from where they were and take their music to the streets. Without giving it a second thought he left the playground with pan around neck, and fellow musicians in tow, heading off on a walk towards Holland Park and back, becoming like a musical pied piper in the process. That historic walk set in place a parade which would become the foundations of what would soon be known as the Notting Hill Carnival.

The success of the Notting Hill Fayre prompted Ms Laslette to run the event the following year. But as the West Indian component began to feature more, the ending of the decade saw the annual festival – now just over the August bank holiday weekend – become an exclusive Caribbean affair. It was run mainly by Trinidadian carnival enthusiasts and featured the music of the island. At its peak it attracted crowds of up to 1000. However, it was not until the arrival of local teacher and visionary Leslie Palmer as Director of Notting Hill Carnival in 1973, that the template for the modern Notting Hill Carnival was born.

Leslie Palmer realising the carnival needed to be marketed to a wider audience, decided to include local Jamaican sound systems and black music bands playing live on the street corners at the carnival for the first time. While this was seen as controversial, it transformed the carnival in terms of numbers attending. He also invited and encouraged traditional costumery aka – Mas(querade), and 1973 was the first time costume bands and numerous steel bands from the various Islands took part in the August bank holiday parade. The following year stewarding and stalls were introduced. The other remarkable thing that happened during his second and third year respectively in charge of carnival, was first Radio London and then Capital Radio broadcasting from the street festival. This was the turning point in commercialising the event. Leslie Palmer was director of Notting Hill Carnival for only three years, but by the time he left to go and work for Island records in late 1975, the event in the capital event was attracting in excess of 500,000 people.

Organised by the Nubian Jak Community Trust, the unveiling of the Russell Henderson and Leslie Palmer Heritage Plaques will officially open up the 2012 Notting Hill Carnival Weekend celebration.

The event will take place on Tavistock Road (aka Carnival Square), London W11 1AR on Friday 24th August at 1pm. The ceremony will be followed by a reception at Carnival Village, Powis Square W11 2AY (5 minutes walk from Carnival Square).