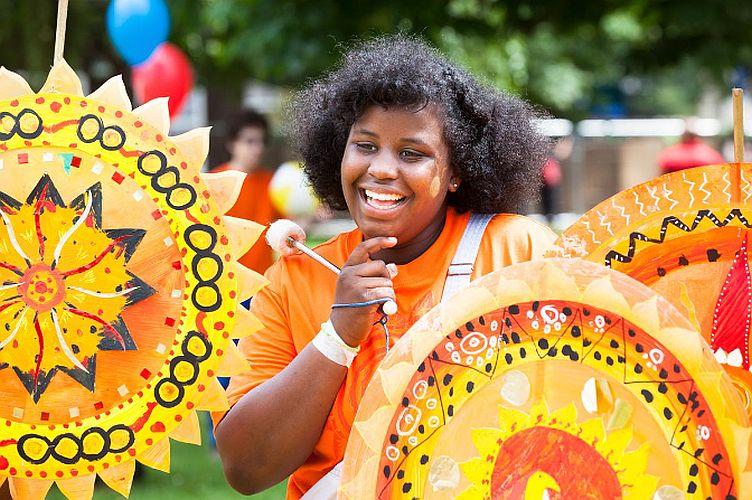 A short history of Acton Carnivals

Researching the history of Acton carnivals and festivals, we were interested to discover records going back as far as 1897. Newspaper coverage reports the 1897 Diamond Jubilee where 5,000 school children made a procession to Acton Park.

Then, the Coronations of 1902 and 1911 also saw major celebrations in the park. In 1928 a street procession from Acton Hospital to Acton Park to raise funds for the cottage hospital attracted 18,000 people to celebrations in the Park. The Council organised the Acton Fair up until 1968, and between 1971 and 1979 it was combined with the May Bank Holiday funfair. By the eighties there were sound system ‘clashes’ in Acton Park. Throughout the eighties and nineties the Acton Extravaganza was organised by Andy Santos and the extravaganza committee. Various carnivals took place through the nineties in Acton including in South Acton, Acton Vale and in Acton Park.

Taking to the streets included the Regeneration Carnival of 1997 and in 1998 ‘Life in the City’ commemorated the 50th anniversary of the Empire Windrush which brought schools, the college and community groups together. Others took place in Acton Park at this time with APPLE, Dance Carib and Stardust organising the Rainbow Carnival and other community events. South Acton Skills and Arts Collaborative took the lead in the Acton – wide carnival in 2000, with groups processing from the South, North and East of Acton to gather on the Mount for joint celebrations. There were also carnivals in Woodlands Park and on Berrymede School football ground.

When it grew too large for SASAC to manage, the asked Acton Community Forum to take it on. Since 2003, ACF with the Acton Carnival Committee and more recently Ealing Events and this year Acton Arts Forum, have orga nised what has become the largest community