Home > UK > Hair and Beauty > Celebrating the Afro the style 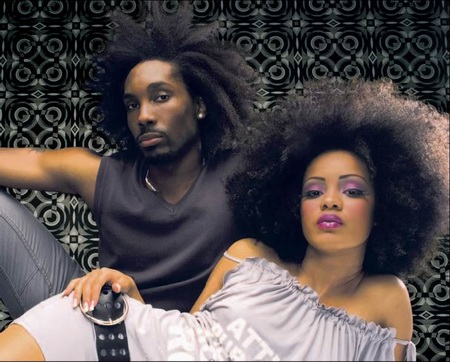 Celebrating the Afro the style that defined an era

Have you ever wanted to have an Afro but wasn’t sure it was cool enough… think again!

Celebrating the Afro the style that defined an era conjuring up images of Blaxploitation films, disco and funk. Today the ‘Fro’ can be seen on men , women, young and old. It may be 35 years since the Afro became the style to have – where would Motown, the Philadelphia Sound and the O’Jays have been without the Afro.

The 1970’s wouldn’t have been the same without the iconic Afro and the ‘Fro would never have been quite so free if it hadn’t been for Sta Sof Fro. It’s been 30 years since this Oil Sheen Spray hit the shelves. By keeping the hair soft and moisturised it stopped the tightening and shrinking of the Afro enabling the coolest of the cool to maintain their hallo style hair all day and all night.

The 70’s, Motown, the Philadelphia Sound, Marvin Gaye, the O’Jays, Me and Mrs Jones, Afghan coats, flares, bell-bottoms, Wacky Races and the Hair Bear Bunch – where would they all be without the Afro. The original Afro look was not created by a hair stylist or media celebrity but was a political statement by black African Americans, and worn by members from the SNCC* such as Rev Jessie Jackson. This hairstyle was in direct contrast to the close cropped or chemically treated and waved hair sported by ‘celebs’ of the day including James Brown, BB King and Nat King Cole.

This rebellious trend soon became a fashion statement – the Afro became the style to have for both sexes. Fro style soon spread, from the States across the UK and into Europe becoming so popular that those with naturally straight hair had perms to emulate the Afro. It was the style of the 70’s.

The Fro survived the 80’s, went into the 90’s and is currently re-emerging alongside some of the retro inspired fashion trends – and Sta Sof Fro is still here to nourish and protect your hair. However the product range has expanded caring for all styles of Afro hair, you can now colour, relax, condition, braid and dredz, all with Sta Sof Fro.