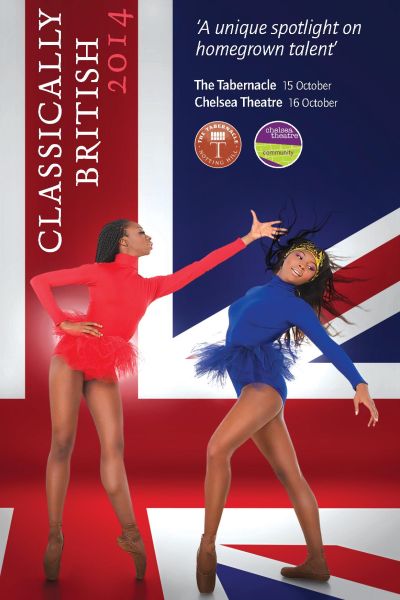 2014 is the Mark Elie Dance Foundation and Portobello Dances’ 20th anniversary and to celebrate this milestone a series of events have been taking place throughout the year, including a retrospective photographic exhibition and now the up and coming Black History event entitled ‘Classically British’.

The Classically British event will be showcasing and celebrating the unique and rich cultural mix of British professional dancers and choreographers in contemporary and neo – classical ballet. After a decade of dazzling performances to packed audiences, the event has found a very clear purpose in instilling fresh hope for change to the old classical Ballet establishment in the UK.

The 20th anniversary showcase sees British legends of dance taking to the stage including Contemporary dance maestro Namron who received an OBE this year for his services to dance and Marie Kamara, a founding member of the Ballet Nègre.

This year features a non – stop evening of fresh and exciting new work from some of the most talented emerging and established British artists. The Classically British event is a valuable educational experience, by providing an open dress rehearsal for local school children and residents; it introduces many to Classical dance for the first time.

The rehearsal will include an interactive question and answer session alongside the dancers themselves and Portobello Dance Artistic Director and Choreographer, Mark Elie. Classically British events are taking place at two London venues in October and are not to be missed.

Dress rehearsal
This is an interactive afternoon for schools doors 1.15pm (show 1.45pm), Tickets £5 at the door