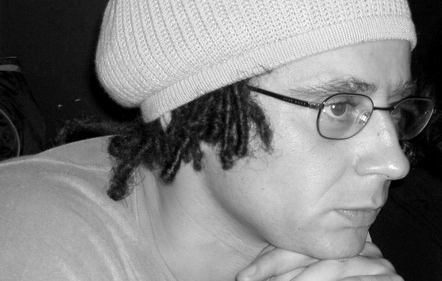 Robert Hylton
Schooled in the UK underground Jazz Dance Scene, Hip Hop culture and Body Popping, formulating a street dancer, Robert embraced both Hip Hop and Jazz developing his own visual language that unconsciously took his generic inspirations to another creative level. He joined Bamboozle, a street Jazz crew based at Newcastle’s Dance City and performed in Dance Umbrella 1990 amongst other festivals, then studying at Northern School Of Contemporary Dance. Roberts Left of centre approach to hip hop and theatre has carved an original artist whose work is ground breaking dynamic, accessible and thought provoking.

Ever since, he’s relentlessly toured, taught and performed both nationally and internationally remaining true to his original influences while subtly verging towards the avant-garde. Robert started his company Urban Classicism in 1999 with the solos, A Step and Two Steps in Urban Classicism. 2003/4 saw his third full company work and national/international tour of Physical Elements. His critically acclaimed work is challenging yet accessible, abstract yet compelling and the pieces totaling Physical Elements are rich in imagery, atmosphere and multi-faceted concepts. In 2001, Hylton was a nominee for the prestigious Jerwood Choreography Award, and won the 2002 Capture Award for dance on film, earning the highly coveted position of an associate artist at London’s The Place theatre – famed for its groundbreaking programs.

He has danced for numerous contemporary dance companies including Phoenix Dance Company, Jonzi D and has guested with JazzXchange. Commercial credits include a music video for George Michael and three Dance Films with director Oliver Ashton, the most recent being Jaffaman funded by an Arts Council of England Capture Award 2002 which was shown on 4Dance, Channel 4.