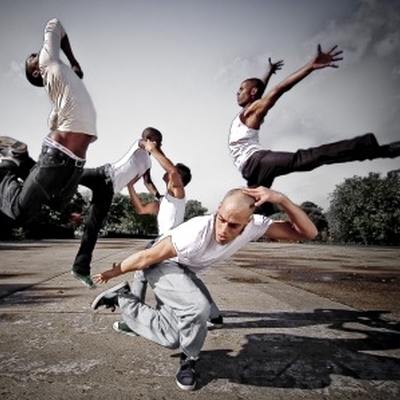 Dads and Lads Move – A dynamic new show in three parts taking an explorative look at the male psyche.

This is the fifth Mission National Showcase Tour – an established event that has launched the careers of many respected Black British choreographers. State of Emergency is working in partnership with Jeanefer Jean-Charles whose idea was a key factor in developing this project into a full scale tour.

State of Emergency has been in existence for over twenty years and is an arts production and management company committed to the support, development and profiling of Black choreographic work working with a variety of dance styles.

SoE is pursuing its vision through the driving force of The Mission programme – Performances, showcases, tours, festivals, artists’ training and professional development – designed to inspire and support Black choreographers to create and perform new work. State of Emergency’s Director, Deborah Baddoo, has been a pioneer for Black dance since the 1980’s.

As a practitioner, and then as a producer, she has consistently maintained an articulate and inclusive philosophy, producing acclaimed work that has helped to set a precedent not just for Black dance, but for dance in general.

Jeanefer Jean-Charles has performed, choreographed and co-produced Jazz Umbrella, Rhythm Circus and Barefeet and Crazy Legs for her company Bullies Ballerinas Jazz Productions (1990-2000), touring extensively. She has worked as a film and theatre choreographer and movement director and her choreography also extends to the British Ski Ballet Team. Recent work includes Rosa Moments, a 2007 State of Emergency commissioned work for the Mission National Showcase Tour and in the same year, choreography for The Big Dance in conjunction with the Mayor Of London, Arts Council England and BBC1. Jeanefer is also lead choreographer for Kinetika International Arts Link and has strong educational links with WAC Performing Arts and Media College, East London Dance and the National and International Ice Skating Associations.

Kwesi Johnson’s first experiences of dance were B Boying, Funk styles, then Urban British Jazz Dance. He graduated from Northern School of Contemporary Dance in 1991 also training in a variety of additional styles including capoeira and urban forms. After graduating he worked with Lloyd Newson, Black Mime Theatre and Phoenix Dance Theatre In 1994 he created Kompany Malakhi, after receiving his first commission for a solo piece called Searching for a Shaman and his distinct style began to take shape, synthesising vernacular and contemporary dance styles, spoken word and film. He performed and taught internationally with companies including CandoCo Dance Company, Badejo Arts, The Hittite Empire/LIFT, Irie, and Companie Duroure. Choreographic credits include the opening ceremony of the 1991 Olympic Conference; Black Mime Theatre; Boston City Lights (USA); Step Afrika! International Cultural Festival (South Africa); London Bubble Theatre Company; and The Southwark Playhouse. For Kompany Malakhi he has created Under the Influence 2000/01, Fuzion 2001/02, the sell out tour of A Hip Hopstory in 2003, Single Reflex 2004, Body Language 2005, A Hip Hopstory ‘The Remix’ 2006 and Boxin in 2007.

Colin Poole trained at LABAN and Central School of Ballet. He worked with leading UK dance companies and choreographers including Phoenix and Images, before joining Rambert Dance Company in 1989. At Rambert under the direction of Richard Alston he danced many roles notably for Merce Cunningham, Glen Tetley and Lucinda Childs, leaving Rambert in 1993 to work with numerous British independents including Laurie Booth, Charles Linehan, and Second Stride.

Colin was selected for CDP3 at Chisenhale Dance Space where he launched himself as a choreographer with his duet, Symbiosis (1996). He was subsequently commissioned by Chisenhale to create Mothertongue (1997), another duet that featured visual design with acclaimed photographer Chris Nash. Colin was then invited to take up residency as an Associate Artist at The Place where he received Place commissions for The Work (1998) and Saturn (1999). In 2000 Colin was commissioned by DanceXchange to create Bad Faith (2000), a comic duet inspired by the writings of Jean Paul Sartre.

In 2001 he was invited to participate in the Backgarden Project at the Royal Opera House resulting in Nobodies Perfect. In ’01 and 03 he was commissioned by the HIP Festival to make two new works Cool Memories, exploring the theme of cultural exploitation and The Box Office, exploring ghettoisation and Blaxploitation; Colin has also taught extensively throughout the UK and abroad.

“Poole is mesmerising… a rare talent” The Scotsman