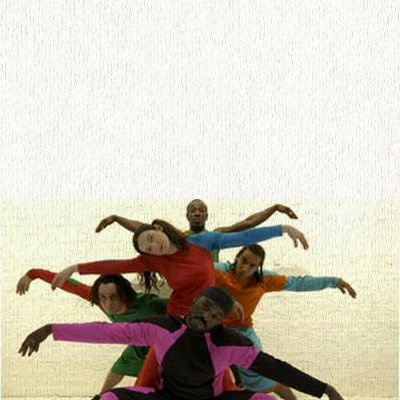 Verse & Verses at the South Bank

Critically acclaimed dancer/choreographer Robert Hylton together with his company Urban Classicism returns to the South Bank this May presenting Verse & Verses for five consecutive nights.

Verse & Verses is a characteristically psychedelic take on the Hip Hop genre with leading design team AllofUS providing their signature backdrops. Atmospherically charged, the concept veers towards the cinematic as a DJ opens the show, selecting his latest hot tune. As the proverbial needle hits the groove the audience gets set for a unique experience as unbeknown to them, this is vinyl literally about to explode into life.

An extravaganza of movement, sound and vision, human forms weave between abstract grooves – actually moving within sound, sometimes suspended between new tracks. As a soundtrack forms via a diversity of styles, vinyl rotates into an aural twister reminiscent of Wizard of Oz’s classic hurricane. Thrown into alternative zones, the dancers spiritually morph into musical notes in a quest for their ultimate style and perfection. Hip Hop’s true message: ‘Prophet’ though, is manipulated into disarray via its commercialised fate: ‘Profit’. Our adventurers journey into a parallel world, surviving amongst these polar extremes and ultimately triumphing as with a satirical edge, they maintain discipline & compassion in the inevitable face of corporate culture.

Initially a street dancer raised in the north-east, Robert Hylton embraced both Hip Hop culture and Jazz developing his own visual language with true originality. As part of Jazz collective Bamboozle based at Newcastle’s Dance City, Robert performed at Dance Umbrella 1990 amongst other festivals later studying at Northern School Of Contemporary Dance.

Ever since, he’s taught and performed internationally continuing to command the respect of both traditional dance audiences as well as the authentic Hip Hop fraternity. In 2002 Hylton was a nominee for the prestigious Jerwood Choreography Award, and won the 2002 Capture Award for dance on film, earning the highly coveted position of associate artist at London’s The Place Theatre; RHUC is now a Regularly Funded Organisation of Arts Council England.