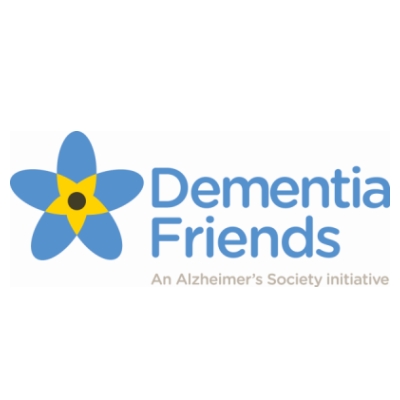 Public Health England and a leading health charity have joined forces in a new campaign to tackle one of the biggest health issues facing England and a growing issue for ethnic minority communities. Alzheimer’s Society’s Dementia Friends initiative aims to give people understanding of dementia and encourage a whole society response to enable people with the condition to live well.

Of the 665,000 people in England and Wales living with dementia, it is estimated that approximately 25,000 are from ethnic minority communities. This figure is expected to rise significantly as the ethnic minority population ages. By 2026 it is likely to have doubled to nearly 50,000 and by 2051 to over 172,000 – representing a seven-fold increase in 40 years.

It is likely that dementia is more common among African Caribbean communities. This is because high blood pressure, diabetes, stroke and heart disease, which are risk factors for dementia, are more common among these ethnic groups.

Evidence suggests that there are lower levels of awareness and higher levels of stigma among some ethnic minority groups – the disease is often associated with ‘madness’ and there is no equivalent word for dementia in some African languages. Also evidence suggests that African Caribbeans present to their doctors for diagnosis much later than their white counterparts, by which time the disease has become more severe.

Dementia is caused by diseases of the brain. There are over 100 types of dementia and the most common is Alzheimer’s. It mainly affects (but is not restricted to) people over 65 years of age. It is not, as widely believed, a natural part of ageing, and can affect anybody regardless of race or social background.

The Dementia Friends campaign aims to give people an understanding of what it’s like to live with dementia, dispel common myths and stigma associated with the disease and show how we can make a real difference to people living with the condition.

Jeremy Hughes, chief executive of Alzheimer’s Society said: “Research suggests dementia is on the rise within African Caribbean communities yet cultural factors relating to language, increased stigma and close-knit family bonds can make it harder for them to access information and advice. Through Dementia Friends people within African Caribbean communities can understand a bit more about what it is like to live with dementia and the small things that help those with the condition. It is easy and free to become a Dementia Friend, so I urge you to all sign up and make a difference.”

Duncan Selbie, chief executive of Public Health England said: “Dementia is a growing challenge for many communities. Dementia has a big impact on the families and friends of those affected by the disease. People living with dementia need a helping hand to go about their daily lives and feel included in their local community. Becoming a Dementia Friend enables us to understand more about the disease and the little things we can do that will make a big difference to those living with dementia and their families.”

Morejoy Saineti, award winning Dementia Voice nurse said: “It is so important to get African and Caribbean communities talking about dementia and learning from each other. This is a disease that will not go away and we have to start taking the stigma out of it. Dementia Friends is a great initiative that can help our family, friends and communities to become more aware of dementia and understand how to help people with the condition.”

The initiative forms part of the Prime Minister’s Challenge on Dementia, and builds on commitments declared at the 2013 G8 Dementia Summit, which included a call to improve the quality of life for people living with the disease.

To become a Dementia Friend, visit http://www.dementiafriends.org.uk/ and watch the short video, or find an information session run by a Dementia Friends champion (a trained volunteer) in your area.The full film of ‘With A Little Help From My Friends’ will also be available to view on the site.