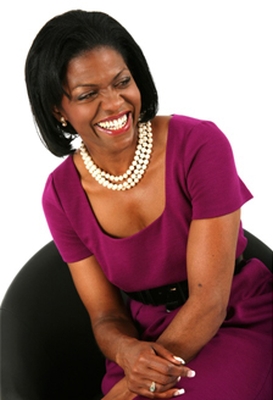 Dionne Rose is the UK’s lookalike of the first lady of the USA – Michelle Obama
Dionne Rose began working as a look alike for Michelle Obama in January 2009 after she was spotted by an photographer from the Nottingham Evening Post. She has been featured in The Nottingham Evening Post 4 times as well as doing a photo shoot for The Daily Mail Newspaper and has appeared in The Metro Newspaper this year. Dionne’s new career is going from strength to strength and she is recognised every where she goes.
It all started after friends, colleagues and strangers pointed out her obvious likeness to the First Lady of the USA since then, she has appeared on television and radio in Nottingham and across the UK.
Dionne is now signed up to lookalike agencies in the UK and America (Barack Impersonators), mother-of-two Dionne is also making regular appearances at public events. You can see videos of Dionne on YouTube. Dionne has even appeared on a websites dedicated to The First Lady www.thisismichelleobama.com.which was a major shock to her but great publicity for any look alike.
Like Mrs Obama, Dionne spent time mentoring university students, both women have two daughters and both say exercise is their favourite hobby – although Dionne prefers salsa dancing to the early morning runs enjoyed by the president’s wife.

To Book the UK’s own Michelle Obama Lookalike for your event email dionnerose@sky.com