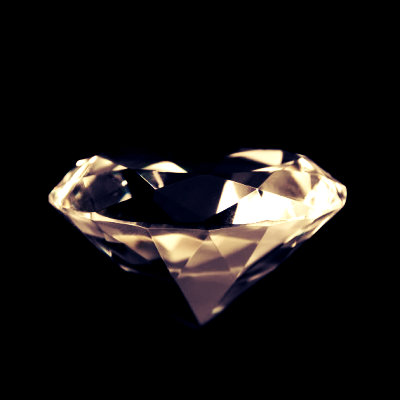 The King of Gems

Diamonds ‘king of gems’ ‘tears of the Gods’ have a long cultural history, and have always symbolised purity, strength, wealth, durability, status, and evoked a magical quality. They have been present in legends and mythology, as well as in art and adornment.

People have believed that diamonds could bring luck and prosperity, but also that they could counter the effects of astrological events. Through the centuries and cultures, the diamond has been associated with invulnerability, lightning, magic, healing, protection, and poisoning.

Rings have perpetuated the talismanic role of the diamond, and diamond amulets conveyed magical powers like fearlessness and invincibility upon the wearer. Today it is representative of a commitment to never-ending love, and is the symbol of a 75th wedding anniversary. Today, diamonds continue to hold a deep fascination as the world’s ultimate symbol of love. The diamond’s is an extraordinary and magical gift from our earth.

Conflict diamonds Conflict diamonds are diamonds that originate from areas controlled by forces or factions opposed to legitimate and internationally recognized governments, and are used to fund military action in opposition to those governments, or in contravention of the decisions of the Security Council. Reports on Angola’s diamond industry reveal it is plagued by murders, beatings, and other human rights violations.

Buying conflict free diamonds As consumers, we have the power to change that, by demanding details about the diamonds we buy. Demanding proof that a stone is conflict-free sends a powerful message to the world that we will not support an industry or nation that helps fund terror groups. Change won’t happen overnight, but it will happen if consumers are informed and persistent.

Say No To Conflict Diamonds

Carat Weight Most people compare carat weight to size. The larger the diamond the more it weighs. The weight of a diamond is expressed in carats. A carat is 0.2 grams. The word carat originated from the carob tree or Ceratonia siliqua, whose tiny seeds are well known for their uniformity and consistent weight.

Mining Diamonds are a mineral, a natural crystalline substance, the transparent form of pure carbon. Diamonds form at great depth, under immense heat and pressure hundreds of miles below the earths crust, formed over billions of years. They reach the surface through eruptions, which leave volcanic pipes of mantle rocks called kimberlites. Modern mining as we know it today began in South Africa in the late 19th century. Today, the top seven diamond-producing countries, accounting for almost 80 percent of the world’s diamond supply, are Angola, Africa, Australia, Botswana, Namibia, Russia, South and Zaire. Around 250 tons of ore must be mined and processed in order to produce a single, one-carat, polished, gem-quality diamond.

Rated 10 on the Mohs scale of hardness, diamonds are the hardest substances on earth, but their appeal goes far beyond durability. The Mohs scale was devised by Friedrich Mohs in 1812 and has been a standard in identifying minerals ever since.