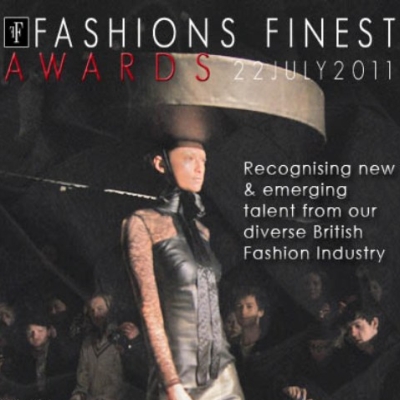 History is Made as Fashions Finest Award Winners are Announced

After two years in the planning and following on from the realisation that new, emerging and even established designers, creatives and models that work within our diverse fashion industry were not being recognised for their hard work and creativity simply because they were not a brand name or mixing in the right circles, Fashions Finest aimed to redress this imbalance by hosting its inaugural awards ceremony at the prestigious Gibson Hall in the City of London, which was held on 22nd July 2011.

It was an evening of splendour, elegance and high fashion statements being made by those that attended as everyone came out dressed to the hilt and ready to impress.

No one knew what to expect, and as the awards ceremony begun nominees, guests and press waited with baited breath for the evening to unfold. As each category came up of which there were eleven in total, you could feel the tension in the hall and on the faces of the nominees, once the winners were announced they took to the stage with great pride to collect their award.

The nominees and guests came from as far a wide as Scotland and Norway and included the best hidden gems that the UK fashion industry had to offer. The Awards ceremony was a mix of fashion, fun and entertainment on all levels with outstanding performances on the night from the UK’s home grown talent, up and coming boy band The Thirst who went down a treat especially with the ladies and the young performers from the New London Performing Arts Centre dance troupe (NLPAC), who wowed the audience with their raw undeniable talent and whom ranged in age from 6 to 16 years of age.

Fashions Finest premier awards ceremony was unquestionably a standout ceremony of a high standard and will be talked about for months to come. The most prestigious award of the evening, designer of the year was won by the outstanding Samantha Cole London, who is expected to go on and achieve great things within the industry.

It is hoped that by recognising such undiscovered and unrecognised talent that the industry would open its doors to even more diversity.

The next Fashions Finest Awards ceremony will be held in 2012.