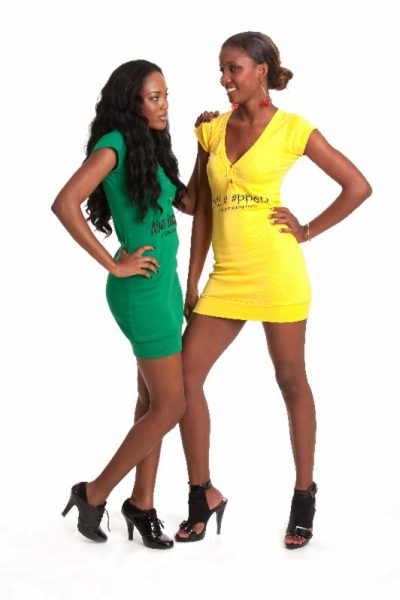 Patwa Apparel is preparing to produce its 2015 fashion line and has launched a crowdfunding campaign to help to produce the samples.

According to the CEO of Patwa Apparel LTD, Heneka Watkis-Porter, the campaign aims to raise US$10,500 which would enable her to rebrand the line for a more international appeal.

“To accomplish the new vision we need to secure an experienced production facility in the Caribbean to design, source fabrics, and produce samples for the new collection, the entrepreneur explained. “We’ve designed several perks including pieces from our collection and copies of my new book 15 Hints to Entrepreneurial Success: Lessons From A Caribbean Woman for those who contribute to the fund.”

“If we are unable to reach our goal, the money received will go towards re-designing the interior of the flagship Patwa Apparel Outlet at Shop # 12 Devon House to reflect an environment which is more conducive to retail.”

Currently Patwa Apparel is imprinted with phrases/expressions written in Jamaican patois with the corresponding English translation. Since 2007, the line has been showcased across Jamaica, in the USA, Europe, South American and China. Most recently the collection was showcased in the Dominican Republic during their Fashion Week Domincana Moda 2013.

In 2012, National Bakery awarded Patwa Apparel a “Bold One” for their hard work in manufacturing. Since then, Patwa Apparel has evolved into other ventures for Heneka including two radio programs, The Entrepreneurial You on Power 106 FM and Living On Purpose and her new book.

You can support the Indiegogo crowdfunding campaign by visiting www.patwaapparel.com