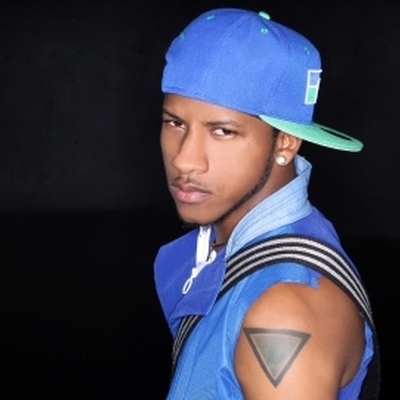 T&T Videographer Kern Rose is no new face. He’s been around and he understands the ins and outs of the entertainment world. Now, he’s making some very big statements ahead of Carnival 2012 in Trinidad and Tobago and anyone who believes he doesn’t have the gumption to make it all happen, better think again.

As one of T&T’s leading video directors, the young creator says he’s about to cause a tumultuous stir in the weeks ahead as he launches a number of things, one of which is something called Fashion Marshon. The name may sound a bit strange but one opportunity to see inside the mind of Kern Rose would ultimately lead to a greater understanding of his vision.

The young entrepreneur is going full speed ahead, launching his very own clothing line which he’ll call Fashion Marshon – the second part of the name being a new sobriquet he’ll give himself as the season ultimately unfolds. ” I’m currently in the process of developing the line with popular young urban designer, Fashion Dandy and it’ll be all about the entertainers and other industry peeps,” said Rose. He said the aim was to make local entertainers stand out and be seen for that which they are- unique, stylish and a cut above the rest.

Rose also plans on launching his website to the world on December 15th – something he assures will be a one of a kind platform for many in the Caribbean diaspora.” Nothing like this has ever been done,” said Rose, refusing to let the cat entirely out of the bag for now. He assured that it would be something that many would be intrigued by and urged entertainment practitioners and others who enjoy Caribbean entertainment, to keep their ears and eyes peeled to news of the industry as the date draws closer.

On a third leg, Kern Rose is putting his voice to work. Get this… in 2012, Kern Rose will officially be an artiste. Not only is the young professional changing his name, but he’s planning something called the Marshon Take Over which will essentially start with his first ever soca release ahead of C2K12.” The track is called, Wifey Less and it was produced by London Future,” explained Rose. He noted that Future was well known for creating mega hits for Trini male-duo Nebula 868, among their tracks, Amped Up and Words Can’t Explain. What’s even more impressive is the fact that Rose has rested the mastering of his track in the highly capable hands of Precision Production – a team best known for their work with artistes such as Machel Montano, Destra Garcia and even Kes.

The year ahead promises to see great things out of Kern Rose’s camp. He’s highly motivated and willing to take the necessary risks to make everything become reality. He has the mind of a winner and the heart of a champion so when he says, ” I’m doing it!,” you had better believe that it will be done.