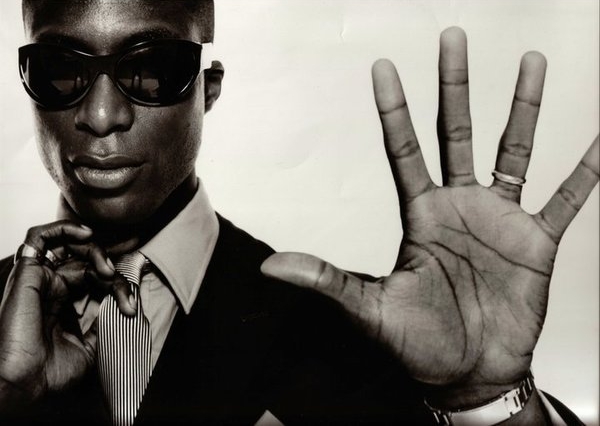 Ozwald Boateng Documentary – his design, his business, his personal life.

Charismatic, glamorous, hard-working and very humanly flawed, Boateng’s personal and professional triumphs and set-backs are the fascinating heart of this film which is set against a back-drop of models, movie stars and fabulous locations.

The man is Ozwald Boateng, one of Britain’s most successful and influential fashion designers of the past two decades. Directed by Varon Bonicos, and spanning a twelve-year period, A Man’s Story weaves together his rocket-like trajectory through the fashion world with an intimate portrait of a family man struggling to balance life and work.

The story begins in 1998, ‘a really tough year’ for Ozwald, who is coming to terms with his divorce from his first wife, Pascale. By the following January, as he readies himself in Paris to show his Autumn/Winter 1999 collection, things have got no better. The show is a disappointment. Worse still, when he returns to his Savile Row offices, he’s been the victim of a burglary; robbers taking his entire collection.

The good moments outweigh the bad, though. Not least the fact that he meets Russian-born former model Gyunel, the woman who will become his second wife and bear him two children. In 2000, when Ozwald claims the Best Menswear Designer award at the British Fashion Awards, he dedicates the prize to her.

His standing in the fashion community is rising and Ozwald’s shows are now becoming more and more ambitious – culminating in a short film shoot in Moscow for his Autumn/Winter 2004 collection. Such is his reputation, Ozwald is recruited by French fashion giant Givenchy to be their new creative director. A tremendous honour, it also means a significantly increased workload – simultaneously creating Spring/Summer 2005 collections both for his own label and for Givenchy. Yet Ozwald thrives, and his first Givenchy show – fronted by a manga animated Samurai-inspired film – is a roaring success. Next stop, Los Angeles.

Having dressed Jamie Foxx for the night he collected his Oscar for Ray, the name ‘Ozwald Boateng’ is suddenly on everyone’s lips in Hollywood.

With celebrity fans and friends like Keanu Reeves, Will Smith and Laurence Fishburne all waxing lyrical about his unique fashion style, the inevitable happens: Ozwald is asked to front his own reality show, House of Boateng – with the strapline; ‘High Fashion. Higher Drama.’

While his work at Givenchy continues – including a stunning militarythemed shoot in China to illustrate the Autumn/Winter 2005 collection – Ozwald is officially recognised back home, awarded an OBE for services to the clothing industry. Yet it all takes its toll on his personal life.

In 2007, with the Givenchy contract at an end, Ozwald looks to inject his creative energies into a new project – staging a fashion show during the Africa Summit in Ghana, his country of origin. Utilising his many contacts from the world of showbiz, musicians (including Herbie Hancock) and actors (including Jamie Foxx) come together to help raise awareness for a show designed to highlight the links between Africa and America. London, December 2007.

Five years on from opening his first store there, Ozwald moves his business to 30 Savile Row, a prime space in the street world-renowned for men’s tailoring. Yet as he shows Gyunel and his son Oscar and daughter Emilia around the empty store, it becomes clear his marriage is at an end and he is heading for a second divorce.

We leave Ozwald as he reflects on a dream he had – while recuperating in a Los Angeles hospital from a bout of flu – in which he was flying like a rocket away from Earth. In the dream, he flashed through the events of his life but he wasn’t seeing it – he was feeling it.

He concludes that life is all about the experience.

Find out more on A Man’s Story Facebook page