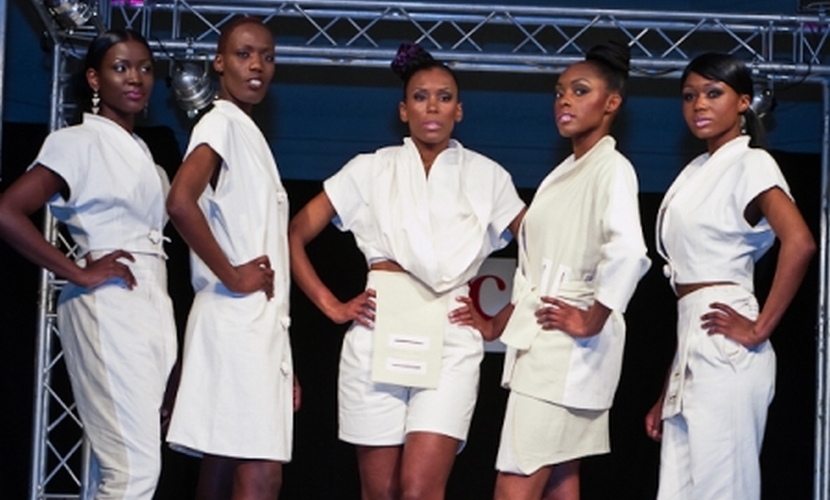 On Saturday the 3rd December 2011 Janita Francis and Raphael Olaiya took the Top Model of Colour (TMC) Season 6 titles at the Grand Finale of TMC, which was held at Porchester Hall in West London.

The models took to the catwalk and were a vision of style and class in their elegant dresses and sharp suits. It was a fantastic evening and the calibre of this year’s contestants was very impressive; they conveyed passion and eagerness when showing off their modelling skills and were extremely confident on the runway, all with the makings of being great supermodels.

When asked what winning this competition meant to them, TMC Season 6 Female Winner Janita Francis said: “it has always been my dream to win TMC and after getting to the finale in Season 6 and not even making the top 5, I was determined to work harder which I did during the past year and I came back with a determination to win. I am still in shock as even though I was determined to win I never thought that I would especially when I looked at the strong calibre of women that were in the finale with me. For me it is a dream come true and the beginning of even greater things to come.”

TMC 2011 Male Winner, Raphael Olaiya said: “being slightly shorter than all of the other male contestants I thought I was at a disadvantaged especially when the modelling industry wants men to be a minimum height of 5.11 plus. I am ecstatic and overwhelmed at winning and I will do TMC proud.”

TMC creator & creative director Sola Oyebade felt that this year was one of the toughest finale to date as the quality of the contestants was outstanding and anyone of them could have won. Each year TMC attracts some fantastic models whom high levels of commitment is outstanding, with a models like Bali Lawal coming for rehearsals and the show from Italy each week or Mariam Utuk who did the same but from Scotland.

TMC is a very hard competition to compete in and win and it stretches the endurance levels of the finalist to their core. Surprises happen each year as some of the finalist that you expect to make top 11 or top 5 don’t make it, but ultimately it is down to the judges whom know what they are looking for and see things differently and that is the beauty about TMC, anyone can win. “TMC is not just a one off competition based on just what they do on the night of the finale but they are assessed throughout rehearsals and are prejudged based on their portfolios that they have to produce as well as a private swimwear pre judging round. This is all done to ensure that it is a fair competition and that the best person wins.” TMC strives to raise the profile of models of colour so that seeing a diverse range of men and women on the covers of magazines, in catwalk shows and in advertising campaigns will become common place.

TMC is also pleased to announce that we will be having two winners in the female category for Season 7 and that will be a Commercial winner (for those under 5.8) an overall TMC winner and it will be opening the competition to international contestants for the first time ever as the UK will now be hosting TMC International.

The Top Model of Colour (TMC) Competition is providing models with exposure to the modelling industry as well as giving them the chance to find out from professionals, their true potential to becoming a professional model.