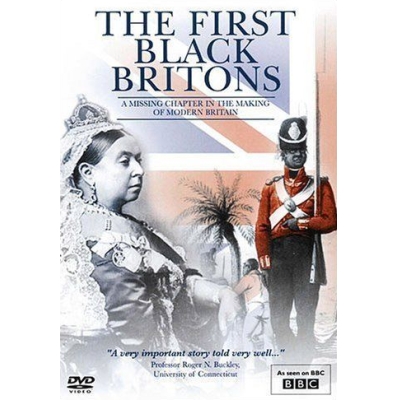 The incredible hidden history of the West India Regiment.
The First Black Britons DVD learning resource that offers teachers and students a new understanding of the ‘Black Peoples of the Americas’.

Originally broadcast on BBC Television, ‘The First Black Britons’ is a dramatic and compelling narrative brought to life by reconstructions and a wealth of historical sources.

Black-British TV Actor/Comedian Gary Beadle (The Comic Strip Presents, Eastenders…) presents a journey of discovery, from the Napoleonic Wars to the grand imperial age and a struggle for equality. He visits archives, museums and historical sites in Jamaica, Barbados, Liverpool, London and Windsor; revealing a vital missing chapter in the making of our modern world, The incredible hidden history of the West India Regiment and the unique act of Parliament that established a new class of citizen – Black British.

With the help of Prof. Roger Buckley, University of Connecticut, (author, ‘Slaves In Red Coats’) we truly feel that we have met our objectives in bringing to light a hidden history of the Americas, in the form of a flexible and groundbreaking resource: a dramatic and compelling narrative that meets curriculum requirements from a multicultural perspective. Our Learning Resource centres on the hidden history of thousands of African men (11,000+ by 1800) lifted from slavery in north America and the Caribbean, to lead a journey to Black citizenship in the New World – as equals of White comrades-in-arms. The West India Regiment (1795-1927):

Illustrated by a wealth of vintage photographs, prints and sketches, an engaging narrative is brought to life by dramatic reconstructions based on first-hand sources: Prime Minister William Pitt (the Younger), his friend William Wilberforce, Queen Victoria, and, the very soldiers who shaped attitudes to race and identity in Britain, Africa and the Americas – central characters of a defining chapter in the making of our modern world.

A total running length of 57-minutes, is designed as 3 x 18″ stories, structured as follows:

Story 1 ‘Slaves In Red Coats’: How the government of abolitionist Prime Minister, William Pitt (the younger) secretly purchased a slave-army to defeat French and Napoleonic forces in the Americas.

Story 2 ‘The Queen’s Gentlemen’: How Britain’s first African army won the personal favour of Queen Victoria and carved a unique status for themselves as a new class of citizen – ‘Black British’

Story 3 ‘The Prodigals Return’; How West India Regiment soldiers – ‘the sons of slaves’ – exacted bloody revenge on the ‘Chiefdoms’ that sold them into captivity, returning to West Africa to win 2 Victoria Cross medals, in a ‘Boy’s Own Adventure’ of imperial conquest.

For further details of the resource pleas visit: www.sweetpatootee.co.uk