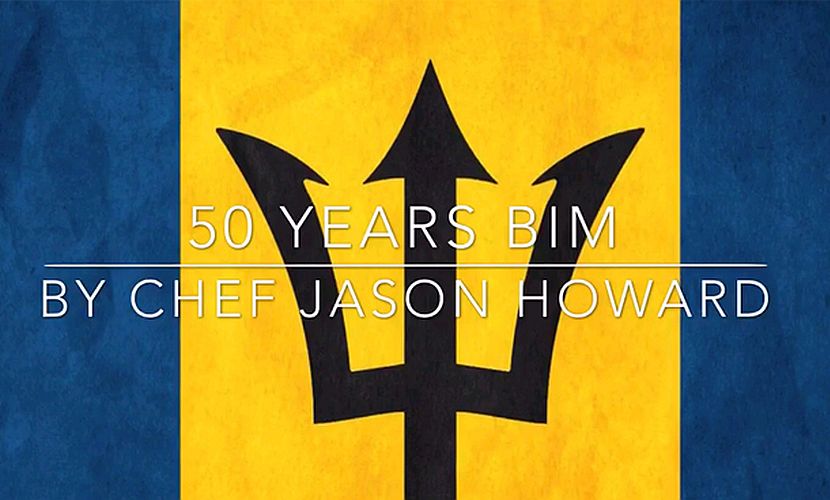 The event titled “#50yearsBim” will contain a menu of the carefully researched dishes will have a Barbadian theme and story behind them, that will be reinvented and interpreted by Chef Howard.

Adding to the authenticity of this event, he will also be working with Barbados brands, reflective of the region and island heritage. So definitely expect those to feature in some form.

This pop-up marks his fourth season since the previous one back in 2014, titled ‘Taste The British Caribbean’. a menu of British based dishes with Caribbean inspired twists and makeovers, as part of the Taste The Caribbean series. With #50yearsBim he plans a more creative take with the Bajan theme, as of one of his dishes will even feature the colours of the Barbados national flag.

During his hiatus, he’s spent time consulting, appearing on BBC Masterchef as a quarter-finalist, gaining more instagram followers and passing the 100,000 follower mark in February and is currently now at 120,000. He’s spent travelling to Italy, South Africa and Germany to promote, present and discuss Caribbean cuisine as well as expanding his international network. The menu will feature Bajan classics such pudding and souse, along with a take on flying fish and cou-cou. The pop-up will run from October 14th-16th booking from the website. Check out the full menu available