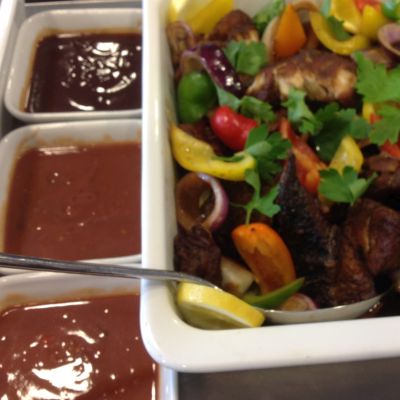 Jamaican rum punch is a knockout at Great Taste 2014

Run by the Dorset-based Guild of Fine Food, the awards – dubbed ‘the Food Oscars’ have become the largest and most highly trusted accreditation scheme for speciality food and drink producers.

Avis is the first Caribbean artisan producer to achieve 5 awards in any one time from this prestigious accreditation scheme. On her first attempt to prove the superiority of her products, The Kingstonian scooped the top 3-star accolade for her ‘OPD’ (Ol’ Pirate’s Daughter) rum punch.

Her Caribbean Christmas pudding, jerk pork and curry mutton and ginger beer were also successfully awarded a variety of stars, meaning The Kingstonian picked up a whopping 5 gongs out of 7 products submitted.

"I’m thrilled to have received these Great Taste awards. It’s an honour to be recognised by such a prestigious organisation as The Guild of Fine Food, which carry’s great respect by people from around the world," said Avis Sue Lawrence, Founder of The Kingstonian.

"These accolades have taken The Kingstonian from being a micro company to being part of the most exclusive club in fine foods; and that only means growth for the business" she continued.

Fingers are now crossed, for Monday 8 September, where at a nail-biting Awards’ Dinner at the Royal Garden Hotel, London, the great and the good from the world of fine food will gather to hear who has won the Golden Fork Awards and the final applause will be reserved for the Great Taste Supreme Champion 2014.