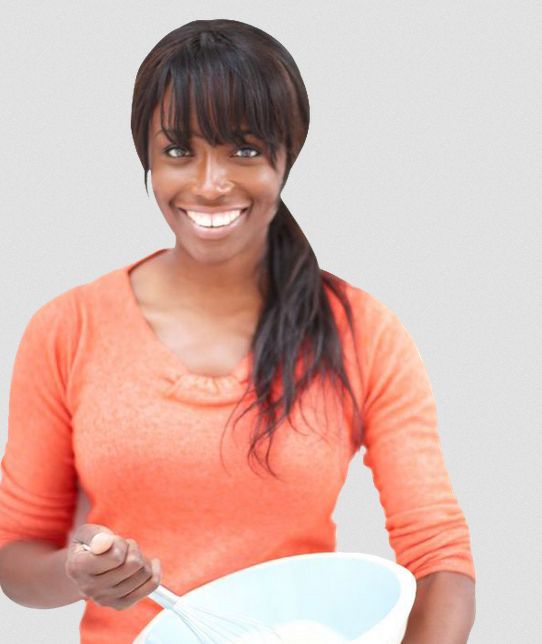 BodyPower Expo, the most prominent sport, fitness and nutrition event in the UK, is delighted to announce that former model and one of the nation’s hottest celebrity chefs, Lorraine Pascale, has confirmed she will be hosting the BodyPower Kitchen feature at the 2015 show.

Pascale, 41, is set to continue her rise as one of Britain’s biggest culinary attractions by entertaining over 70,000 fitness enthusiasts at Birmingham’s NEC from 15th to 17th May 2015. The popular BodyPower event has growth steadily since its launch in 2009, fast becoming a fixture on the international fitness calendar.

Although there is a core bodybuilding element, the show has become more and more diverse over recent years, with expansion into the realms of nutrition, female-focussed fitness, clothing and much more. Lorraine Pascale will be the face of fitness nutrition at the show, hosting the BodyPower Kitchen feature which has seen the likes of fitness model Greg Plitt take to the stage.

Commenting on the announcement, Lorraine Pascale was delighted: “Health, fitness and lifestyle all play such an integral part of both my personal life and career, and I want to be a role model. I use cooking to encourage the nation to eat a more balanced, healthier diet, which in turn will improve quality of life. This is why it made so much sense to be at BodyPower – it is the perfect platform for me to spread the healthy eating message to people who will really listen and understand the benefits of putting these innovative, well balanced recipes into practice.

“My hope is that by hosting the Healthy Eating Kitchen at BodyPower, it will encourage people who may not have previously attended the show to come by and see what being fit and healthy is all about! Obesity is such a rising issue in this country and I want to work with BodyPower to promote health, fitness and lifestyle to others.”

Lorraine Pascale first achieved recognition as the first black British model to appear on the cover of American Elle. She appeared in the 1998 Sports Illustrated swimsuit issue, and featured as one of the ‘Bond Girls’ in Robbie Williams “Millennium” video.

Once her career had moved into cookery, Pascale established herself as a specialist cake maker, earning a contract with Selfridges. She has since opened her own shop, Ella’s Bakehouse, in Covent Garden. Her incredible progression culminated in January 2011 when Pascale presented a television bakery programme in 2011, Baking Made Easy, on BBC television and published a bakery book based upon this series. A second series, Home Cooking Made Easy, was broadcast in September and October, with an accompanying book. A Last Minute Christmas programme aired on BBC Two on 22 December 2011. A third book was published in 2012 and a series based upon it, called Fast, Fresh & Easy Food, aired in August and September 2012 on BBC Two.

Since January 2014, she co-presents and judges the UK version of My Kitchen Rules with Jason Atherton on Sky Living. In early 2014, it was announced that Pascale was to host a new six-part television series called Lorraine Pascale: How to be a Better Cook. Currently occupying more than half a million square foot of space, BodyPower encompasses the most comprehensive array of leading fitness brands, hosting over 250 companies. Plans have already been announced to expand the BodyPower offering for 2015 with the show occupying larger halls at the NEC to enhance the experience for both exhibitors and consumers.

BodyPower organisers will be returning to India in March 2015 and the UK in May 2015 as the global portfolio continues to develop.

Keep up-to-date with all the BodyPower Expo News, announcements and updates on www.bodypowerexpo.co.uk.