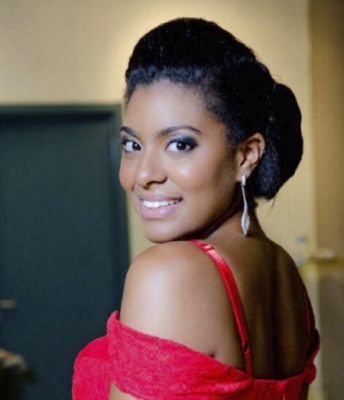 Ambitious, intelligent, beautiful, aspirational and exciting are just some of the words used to describe talented young entrepreneur on the rise – Gemma Feare. At just 21, she has lived an enviable and animated life. She has travelled the world, won awards and inspired many people along her short but fruitful journey thus far. Gemma believe’s that her positive attitude and own personal life experiences, which include surviving the 2005 Thailand Tsunami, have helped shaped her character today.

She is a very pro-active and ambitious young woman who creates her own opportunities and works hard to meet her own exceptionally high standards. Upon meeting her, you are instantly captivated by her great sense of humour, boundless energy and dazzling smile. Her undeniable enthusiasm always seems to encourage those around her. Since Gemma is able to offer total commitment and dedication to her work, she consistently manages to succeed and excel. Along the way, she habitually exercises her creative energy and has a lot of fun doing so.

Beauty Queen
Gemma recently won the Miss Jamaica UK 2012 pageant in London. She was the stand out favourite with both the crowd and judging panel. Her speech, poise and intelligence shone above all the other contestants throughout the competition. She hopes to use this platform to firstly highlight the positive attributes of Jamaica which sometimes get overlooked, but also to raise awareness for some of the charitable initiatives she endorses and hopes to influence others with her drive, vision and tenacity.

Graduate
In 2012 Gemma achieved a First Class Honours in Business Management with Commercial Law from the University of Westminster and plans to attend Cass Business School in 2013 following her reign as Miss Jamaica UK. She will study for a Masters in Management, incorporating the Entrepreneurship pathway.

Actress
Despite having no previous acting experience, Gemma’s teacher’s recognised her potential at just10 yrs old and entered her into the Drama Scholarship Award which she won, beating hundreds of students.

She then went on to tour Shakespeare’s Twelfth Night across Canada with the Running Torch Theatre Company performing at a number of schools, theatres and community centres in 2007. Upon her return, she began acting in performances and festivals across the UK, including the renowned National Student Drama Festival in 2009.

In 2011, Gemma officially became an Actor and Member of the National Youth Theatre of Great Britain which gave her the opportunity to work with some of the finest actors and tutors in the business and gain valuable skills and knowledge. She also became a Member of Battersea Arts Centre in the same year and achieved the London Academy of Music and Dramatic Arts’ (LAMDA) Communication Award.

For 2013 Miss Jamaica UK Gemma Feare will be launching her own website TheFeare.com which will feature all her recent work, events and appearances.

Recently, Gemma has turned her formidable talents to hosting and presenting. She was the host of Mr & Mrs Runway 2012; the biggest editorial, modelling competition in the UK in conjunction with Select Model Management. She was also the red carpet presenter at the BEFFTA awards 2012 for Factory78, an Award winning online entertainment website and has since interviewed musicians, directors, actors and writers.

Mentor
Inspiring young people and helping them to build a strong foundation for their future is a role Gemma takes very seriously. She is a former Student Ambassador and e-Mentor and has become heavily involved in encouraging those from the community via youth programmes Such as RAP Mentors project (Reaching All People), which provides effective solutions to serious violence and aims to transform communities, schools and homes. The Feare.com