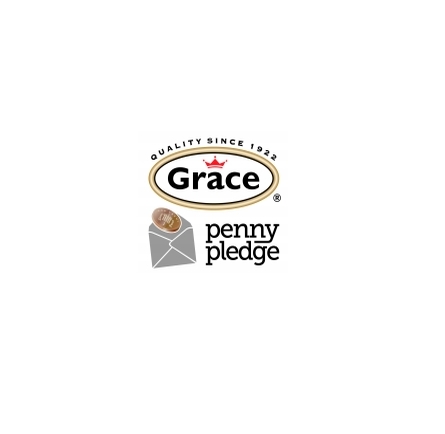 A leading UK charity which helps to fund the educational development of young children in Jamaica has been chosen as the first organisation to benefit from an annual fund-raising initiative announced by Grace Foods UK.

The fund-raising campaign, Penny Pledge, is expected to raise up to £10,000 for The Jamaica Basic Schools Foundation, supporting the education of children aged 3 -5 years over the next 12 months.

Grace Foods UK will continue to support many other charitable causes in the UK through a variety of fund-raising initiatives, with Penny Pledge enabling the company to raise significant additional funds.

Michael said: “The formative years of a child’s life impact on all aspects of development, none more so than education. We could not have chosen a more worthwhile or deserving cause to support in our first annual fund-raising initiative which will support other charities in years to come.”

The Penny Pledge campaign launches in June. Funds will be raised by Grace Foods donating one penny from every case of product sold by Grace Foods subsidiary, Enco Products Limited, in the next 12 months.

“Resources and facilities that are taken for granted in the UK are not readily available to many children in Jamaica,” she said.

“Many schools, particularly those in outlying regions, lack basic facilities and have to function in really challenging conditions. Inevitably this makes learning difficult and every penny raised by Grace Foods UK will make a tangible difference by improving the educational development of hundreds of young children.”

Since 1996, the foundation has successfully contributed towards the development of over 18 Schools and has also contributed to a number of schools on more than one occasion in over 8 Parishes in Jamaica. There are more than 1,500 basic schools in Jamaica, each supported by voluntary efforts and charitable contributions. For more information on the charity visit www.jbsf.co.uk

Grace Foods will also be playing an active part in the foundation’s family fun day in August and is sponsoring the annual charity ball in November, proceeds of which will also go to the foundation.