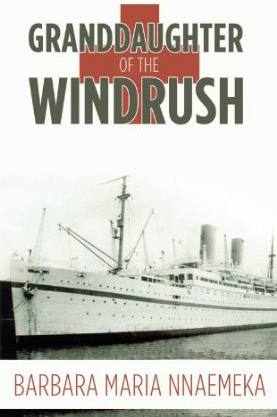 Granddaughter of the Windrush By Barbara Nnaemeka

Barbara Nnaemeka had no idea what was in store when she arrived in England – cold weather, racism and a longing for home caused her to wonder if her dream was actually a nightmare.

Granddaughter of the Windrush is a fascinating memoir of a young Barbadian’s determination to make a new life in England – published 65 years after Empress Windrush arrived in Tilbury Docks with her grandfather on board.

This book charts the experiences of an idealistic teenage West Indian woman who arrives in Yorkshire in 1966, with a loan from the Barbados government – full of enthusiasm to study nursing.

Granddaughter of the Windrush is a positive and heart-warming biography tells of – Barbara’s determined progress as she overcomes the panic of arriving at Heathrow on a dull, grey, rainy day wishing that she’s never come;- how she was reprimanded by Matron for showering early in the mornings at her training hospital; – he culture shock of seeing young women smoking in public (this being a sign of women of ill-repute in Barbados); – being asked if ‘people still lived in tree houses in your country’…but there were positives too… how she learned how to deal with whooping cough and TB; and went on to study midwifery; learned how to look after women throughout their entire pregnancy – and got to grips with the complicated anatomy of a woman’s pelvis; how her first delivery was undiagnosed twins; how she witnessed the changes in attitude to coloured people in this country and to medical training in general.

Granddaughter of the Windrush addresses the vital contribution that she and many other Caribbean immigrants made in shaping the current NHS provision. It is a fascinating account of a pivotal time in British social history.

“I will always believe that I survived and succeeded because I was a granddaughter of the SS Empire Windrush” says Barbara.

The Author Barbara Nnaemeka was born in Barbados and travelled to Wakefield, Yorkshire to train as a nurse. She studied in Yorkshire, Nottinghamshire and Herfordshire to become a professional nurse and midwife, finally becoming a senior lecturer at various colleges and universities in London and Essex, and an educationalist in health care. She lives in Ilford, Essex.