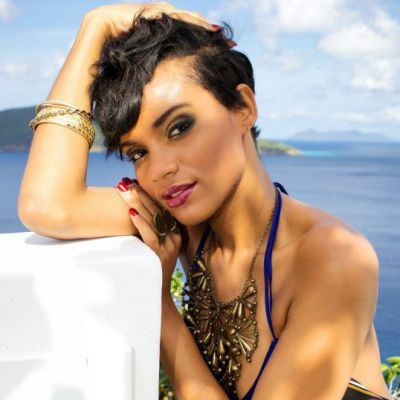 Esonica Veira, Miss Virgin Islands is officially heading to the 2014 Miss Earth Pageant in the Philippines.

Miss Earth is an event created by Carousel Productions 14 years ago to give life to the vision of a beauty pageant in
which its candidates and winners actively promote and get involved in the preservation of the environment and the protection of Mother Earth. Miss Earth also aims to showcase and promote various tourist destinations. Candidates from all over the world compete on beauty and knowledge of environmental issues. Esonica will confidently represent the U.S. Virgin Islands as Miss Virgin Islands in the 2014 Miss Earth Pageant as she is no stranger to pageant competition.

As a result she was able to represent the U.S. Virgin Islands at the 2011 Miss World Pageant in London where she place 11th overall from a field of 113 contestants and 2nd overall in the Talent Finals. “Although I’m not at home right now, I can feel the support from my friends and family on my tiny island s and all over the world” – Esonica Veira , Miss Virgin Islands In an effort to raise funds to travel to the Philippines, Ms. Veira has established a GoFundMe page where her supporters can make donation s and leave notes of encouragement.

Created on September 22nd, the campaign has already raised $910. On the 26th, one generous donor, Kyle Sexius of Dollar and a Dream Entertainment, decided to match what had been raised so far and contribute $360 toward Esonica’s travel fund. While donations like Mr. Sexius’ are greatly welcome, every size contribution will assist in helping Esonica prepare to compete among the world’s best pageant contestants.

To contribute to Esonica Veira’s “Help Get Miss VI to Miss Earth’s” fundraising campaign, visit www.gofundme.com/efgy7c. For information on the Miss Earth Pageant visit, www.missearth.tv/pageant.php
.
And be sure to connect with Esonica on her journey to Miss Earth