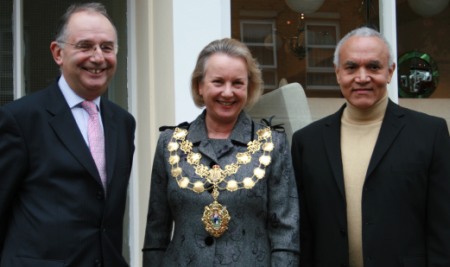 Westminster honours first black councillor with Green Plaque. One of the first ever black politicians in the country is due to be honoured with a plaque, just over a century after he won a seat on Westminster City Council in a landmark election.

Henry Sylvester Williams became Westminster’s first black councillor in 1906, and fought hard for racial equality in the city and beyond.

Previous to his election in Marylebone, Williams founded the African Association with the aim of improving relations between white and African races and bringing people of African descent closer together.

Further to this Williams used his time in the council to work tirelessly for civil and political liberties not only in Westminster but throughout Britain, culminating in anti-discrimination policies at all levels of Government and most importantly the anti-racism legislation of the 1960s.

To honour his work, a Westminster City Council green plaque is to be placed on the front façade of 38 Church Street, the former office for the Labour Party, in the heart of Church Street ward where Henry Sylvester Williams first took public office. It will be unveiled by his grandson George Burns.

Westminster City Council Cabinet Member for Planning, Cllr Robert Davis, said:
“Henry Sylvester Williams’ legacy has without doubt had a lasting impact in helping to overcome prejudices and uniting communities, not just in Westminster but across the country. His message is just as relevant today, and as Westminster becomes more diverse the drive for a just and tolerant society, a key aim of the council’s One City vision, is as important as ever.”

The nomination for a plaque was put forward by Westminster City Council’s Opposition Leader Cllr Paul Dimoldenberg in recognition of Henry Sylvester Williams’ achievements, and is sponsored by the Labour Group.

Cllr Dimoldenberg said:
“We are honoured that Henry Sylvester Williams’ grandson, George Burns has agreed to unveil this plaque to remember Westminster’s first black councillor. Church Street has always welcomed people from all over the world and the democratic tradition started by Henry Sylvester Williams over 100 years ago has lived on through the election of councillors Murad Qureshi and Aziz Toki who have succeeded him over recent years.

“I am sure that Henry Sylvester Williams’ fine example will inspire other members of the black and minority ethnic communities to follow in his footsteps.”

The unveiling ceremony will take place on 12th October at 3pm, and will also be attended by the Lord Mayor of Westminster Cllr Carolyn Keen.