Home > UK > History > Bicentenary of the abolition of the slave trade 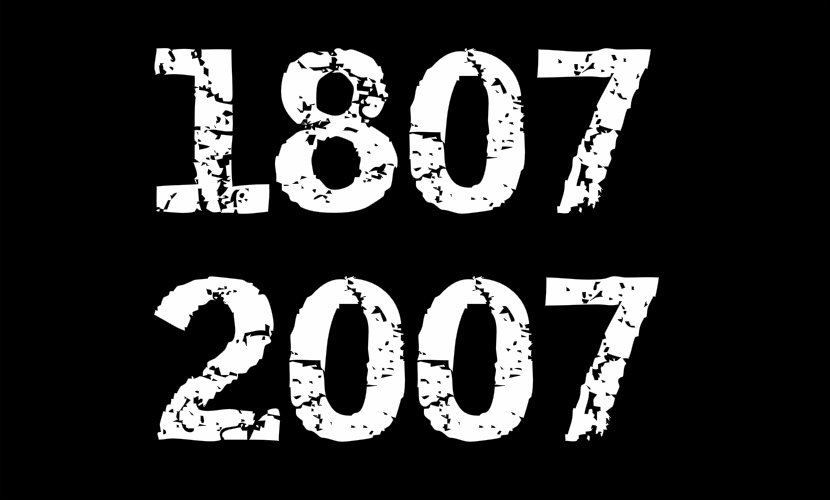 25th March 2007 marked the Bicentenary the 1807 Abolition of the Slave Trade Act.

25 March 2007 will mark 200 years since the 1807 Abolition of the Slave Trade Act, which outlawed the slave trade throughout the British Empire. Slavery had been abolished by law, but it would take many years to take full effect throughout the empire.

There are so many aspects to this complex history. There are different and very strongly held views as to the historical facts of the Trans-Atlantic slavery, the moral and legal responsibilities of those involved, and the lasting effects of slavery in this country and abroad.

In 1807 law was passed to abolish the Transatlantic Slave Trade, however slaves were not given full freedom until 1838. Some praise the achievement of the abolitionist campaigner, William Wilberforce MP, others question the decision to have compensation paid to slave owners, including the Church of England. To most the abolition of slavery was accepted as an act of humanitarianism, to others economic factors were principle reason, claiming that from the 1770s onwards the British slave owner position in the Caribbean was waning.

Britain was not unique in its involvement in the slave trade, nor was it the only country to benefit financially. Many European countries were active in slave trading including the French, Spanish and Portuguese colonies, however Britain became dominant. African rulers and traders also helped to provide the supply of slaves.

Many are familiar with the ‘heroes’ of the abolition movement William Wilberforce, Olaudah Equiano, and Ignatius Sancho but there were many others involved along the way, freedom fighters, including Queen Nanny, Bussa, Paul Bogle, to name but a few played key roles in de stabilising the British position in the Caribbean. Those who fought against slavery, signed petitions, marched and lobbied for change, came from all backgrounds, they included slaves, former slaves, community leaders, and ordinary British citizens.

2007 could provide the opportunity for the British government to lead the way and recognise and acknowledge the wrongs of history, and its continuing effects. The Bicentenary provides the opportunity to learn remember the millions of victims of the trade, to pay tribute all those both black and white, who brought it to an end.