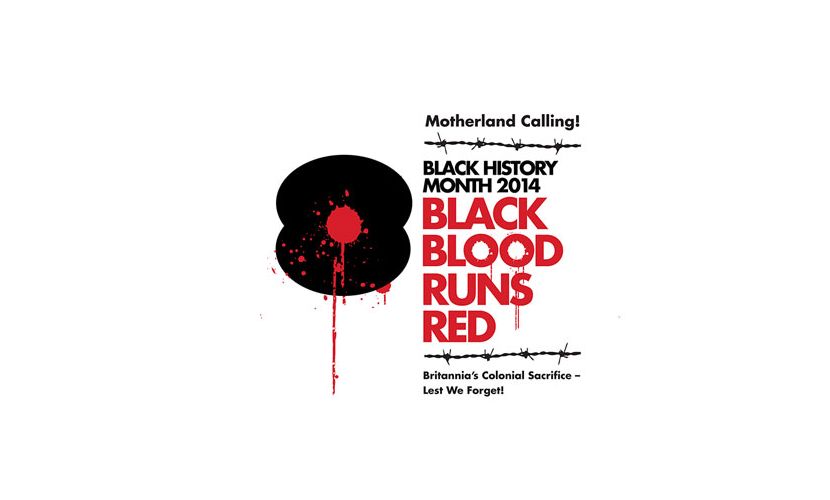 2014 marks the 100th anniversary of the First World War. To commemorate this historic occasion, this year’s Black History Month (BHM) is entitled Black Blood Runs Red, and will recognise the achievements, contributions and struggles of African, Asian and Caribbean soldiers and civilians from Britain’s former colonies.

Of the astounding casualties of the First World War, it is often forgotten how many soldier from Britain’s former colonies lost their lives during those years. Close to one and a half million Indian soldiers, and over fifteen thousand troops from the West Indies Regiment, saw action in France, Palestine, Egypt and Italy, with combined casualties of close to one hundred thousand.

This year’s Official Black History Month launch at The Drum on Fri 26 Sep, in partnership with Birmingham City Council, recognises these brave sacrifices in a specially commissioned production. Blending Film, Theatre, Music and Spoken Word, this unique and moving performance will transform The Drum’s Auditorium into No Man’s Land, transporting audiences to the Front Line for a first-hand account of those dark days.

The evening will also celebrate the opening of Dr Vanley Burke’s unprecedented photographic exhibition Freedom or Death, capturing the last days of South African apartheid through the eyes of its people, as part of this year’s Afrovibes festival. With entertainment throughout the night and invited key note speakers including Dr Hakim Adi, Reader in History of Africa and African Diaspora, this promises to be a very special event.