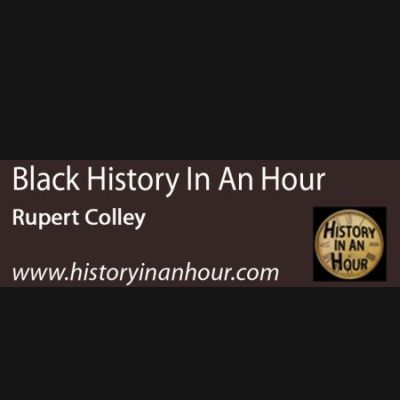 Three of the History In An Hour titles have lived in the iBook Top 10 History chart for weeks: World War Two In An Hour, Nazi Germany In An Hour and The Cold War In An Hour have rubbed shoulders and been outselling with the likes of Antony Beevor, Andrew Marr and Max Hastings.

Now, available from Apple’s iTunes and iBooks stores, the Black History In An Hour app and ebook is the history of the black presence in the West summarised in just sixty minutes of reading. The slave trade and slavery, emancipation, reconstruction and the Civil Rights movement – and much more in just one hour. This is history for busy people.

The book is targeted at commuters, students and the curious who want to learn the facts and context about Black History but don’t have much time. It features an engaging narrative, photos, timelines, and biographies of key players.

Author and founder of History in An Hour, Rupert Colley, established the ebook series after he built an impressive but largely unread library of history books. He spotted a gap in the market for an introductory but straight narrative that could capture the essence of a subject with comparatively little effort.

"Many people want an introduction to different periods of history," he said, "but don’t always have time to read daunting books of 600 pages with 35 page introductions."

History In An Hour takes you straight in, to the point, sixty minutes; with no embedded links to divert the attention. Then, having absorbed the basics, the reader may feel inspired to explore further.

Mike Hyman, Managing Director of Collca, said:
"We had been looking for highly relevant ebook partners to work with in producing apps and found our first one in History In An Hour. We are very pleased with how the partnership has worked so far. There are more titles in the pipeline for the end of the year, including The Black Death In An Hour, Hitler In An Hour and The Seven Years War In An Hour."

"I think the idea of ebooks you can read in an hour is a fantastic one." The Editor, History Times.

"This is genius. I hope PBS packages their excellent shows for the iPad in the same way. This type of professional quality educational content would be a great balance to the game apps on the iPhone OS. I say bring it on and I hope the “in an hour” series grows even more and beyond just history." MacWorld.com forum comment
History In An Hour ebooks can be downloaded from http://historyinanhour.com, Barnes and Noble, Smashwords, the iBooks store and Stanza on various different e-book formats (MobiPocket, epub, Sony Reader, Palm Doc, and Apple’s iPhone and iPad).

Collca is an electronic publisher specialising in book-derived and other reference and educational apps initially for the Apple iPad, iPhone & iPod Touch.