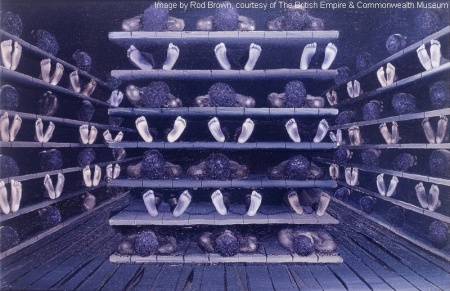 Exhibition about Britain and the slave trade

‘Breaking the Chains’, a major exhibition about Britain and the slave trade opened in Bristol on the 23rd April 2007. The exhibition coincided with the 200th anniversary of the abolition of the slave trade, and it will act as the centrepiece of the former major slave-trading port’s commemoration programme.

The exhibition occupies an entire floor of the city’s British Empire & Commonwealth Museum and has been developed in partnership with Bristol City Council’s Museums, Galleries and Archives’ service. It is supported by a grant of £770,000 from the Heritage Lottery Fund.

‘Breaking the Chains’ examines the historical context of slavery, its destructive effect on relations between Europe and Africa, the nature of survival and resistance amongst African and Caribbean communities, the role of abolitionists and the legacy of the slave trade today. A key gallery within the exhibition explores diverse contemporary responses to both the slave trade and local, national and international attempts to acknowledge this year’s bicentenary.

As part of its exhibition development, the British Empire & Commonwealth Museum staged a public debate in May 2006 asking a whether Bristol should formally apologise for its role in the slave trade, the first time such an event had ever been held in the city. Bristol was Britain’s most important slave trading port in early 1700s and its ships responsible for transporting approximately 500,000 Africans into a life of enslavement in the Americas, between 1698 and 1807.

The Museum’s Head of Public Affairs, Feisal Khalif, says the exhibition
“aims to provide the necessary knowledge and understanding to enable everyone, whatever their background, to come to terms with a traumatic shared history; to deal with the consequences of that history and to inspire people to confront the horrors of contemporary global slavery.”

The exhibition will run for two years.

British Empire & Commonwealth Museum
An independent museum and a registered charity, the British Empire & Commonwealth Museum is committed to examining the evidence of Britain’s colonial history and to exploring its present-day legacy. Since opening its permanent galleries in 2002 it has earned numerous awards including a nomination as European Museum of the Year. The Museum is a key partner in the government funded ‘Understanding Slavery Initiative’, creating new ways to engage young people in the subject of slavery.

The Apology Debate
Over 500 people attended a public debate at the British Empire & Commonwealth Museum on the 10th May 2006 to discuss whether Bristol should make a civic apology for the city’s role in the transatlantic slave trade. A vote was taken at the end of the debate. Over 60% of those attending the debate voted FOR an apology. An accompanying regional BBC television and radio poll generated over 10,000 entries with over 90% voting AGAINST any such apology being made.