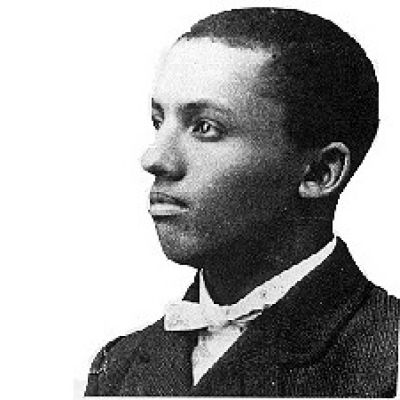 Carter G. Woodson was an African American historian who dedicated his life to learning and spreading knowledge. He constantly campaigned for the advancement of black education, and the importance of black people understanding Black culture and contributions to society.

Carter G. Woodson’s story starts soon after the end of the U.S. Civil War, in New Canton, West Virginia. Born on December 19, 1875, his parents James Henry and Anne Eliza Woodson, two former slaves, were poor and oppressed. There was no formal education, and the young Carter’s future was bleak.

As a teenager, he had taught himself basic English and arithmetic. In 1892, along with his brother, he moved in 1892 to Huntington, West Virginia, where he was able to attend Douglass High School, one of the few high schools for black students. To fund his studies, he went to work in the coal mines.

By aged 22, after a short spell at Berea College in West Virginia, he returned to work the coal mines. This was not an end to his studies and he studied Latin and Greek whilst working the mine shafts. He went on to attend the University of Chicago, receiving a bachelor’s and master’s degrees, and Harvard University. He became the second black to receive a doctorate in US history. After continuing studies, Carter returned to Douglass High School as principal. He continued to teach, around the USA, from Chicago to Washington, and in universities including Harvard.

Carter G. Woodson went on to have an amazing spanning three decades, and has played a vital role in Black history. He was the founder of the ‘Association for the Study of Negro Life and History’ (1915), now known as the ‘Association for the Study of Afro- American Life and History’, as well as and the Journal of Negro History. His passion for passing on education and knowledge was so great that he pioneered black history celebrations in his day.

After giving up teaching, he dedicated his time to his dream, educating and forwarding the black population in the U.S.A. In 1920, he organized Associated Negro Publishers making possible for black people to publish their works. He went on to publish an important and groundbreaking book on the history of Black America, ‘The Negro In Our History’. One of his most lasting contributions was on February 7, 1926, when he organized Negro History Week, which ultimately became Black History Month.

He died on April 3, 1950, at the age of 74, having achieved more than anyone could have hoped for, pushed boundaries, and paved the way for a more knowledgeable, and positive future.