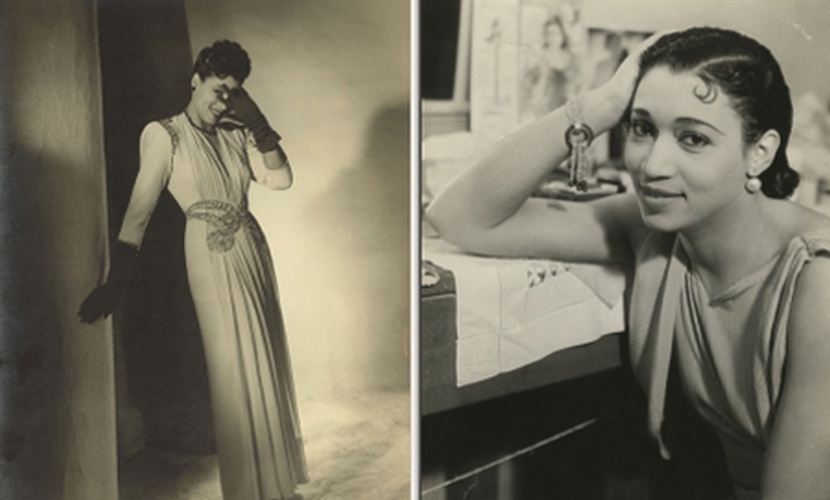 Elisabeth Welch star of transatlantic stage and film from 1922

Vintage photographs of Elisabeth Welch star of transatlantic stage and film from 1922 to her final appearance in 1996 are on display at The National Portrait Gallery 15 March – 13 September 2009. The display includes 13 photographs in all and is curated by Stephen Bourne, Welch’s biographer.

Elisabeth Welch made her professional stage debut in Blackbirds in American in 1928 and travelled to Europe with the show in 1929, where she began her long and successful transatlantic stage and film career. This display of sixteen vintage photographs of Welch by photographers including Humphrey Spender, Paul Tanqueray and Carl Van Cechten marks an important recent acquisition.

From her stage debut in 1922 to her final appearance in 1996, singer Elisabeth Welch was an important figure in the world of popular music. Born in New York 1904 she helped to launch the Charleston in the Broadway show Runnin’ Wild at the age of 19. Throughout the Jazz Age she worked on stage with some of the great names of the Harlem Renaissance, including Josephine Baker and Bill ‘Bojangles’ Robinson. On Broadway she popularised Cole Porter’s scandalous ‘Love for Sale’, and in 1933 she introduced Harold Arlen and Ted Koehler’s torch song ‘Stormy Weather’ to British audiences. The same year, her appearance in Cole Porter’s Nymph Errant began her sixty-year career in English musical theatre.

Ivor Novello wrote songs for Welch, Paul Robeson was her leading man in films, and she enjoyed popularity as a cabaret star of London’s café society. From 1934 to 1936 the BBC broadcast in her own radio series Soft Lights and Sweet Music. When war broke out in 1939 Welch remained in her adopted country and supported the British war effort by entertaining the armed forces.

In 1979 Welch’s appearance in Derek Jarman’s film of Shakespeare’s The Tempest (singing ‘Stormy Weather’) won her new audience. At the age of 61 she returned to the Broadway stage, and her performance in Jerome Kern Goes to Hollywood earned her a nomination for a Tony award.

Elisabeth Welch: Soft Lights and Sweet Music by Stephen Bourne (Scarecrow Press, 2005) is available from the National Portrait Gallery bookshop. The National Portrait Gallery has recently acquired this group of vintage prints of Elisabeth Welch from Stephen Bourne, who has provided the accompanying text and additional contextual material for this display.